Even though these photos aren't the greatest in the world, we can identify the following birds:
In the first photo the duck on the left is male Blue-winged Teal; the duck in the center (not dabbling) is an American Wigeon  and the bird on the right is a Glossy Ibis.  In the second photo you can now see the Glossy Ibis with its bill up.  In the third photo you can see the American Wigeon on the left, a male Blue-winged Teal in center rear and the Glossy Ibis on the right. The duck in the center front in the third photo we could not identify. 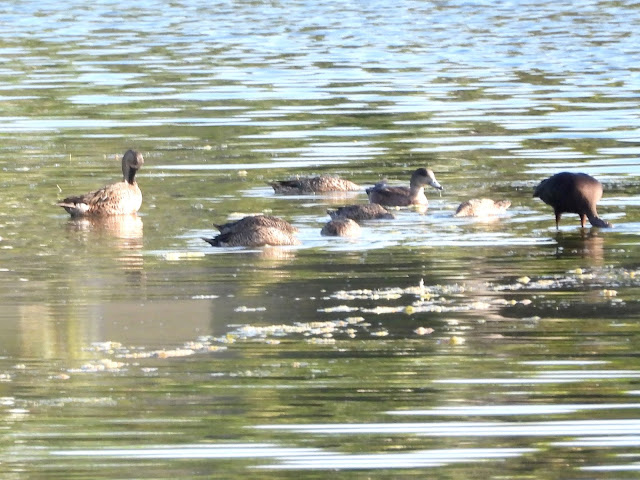 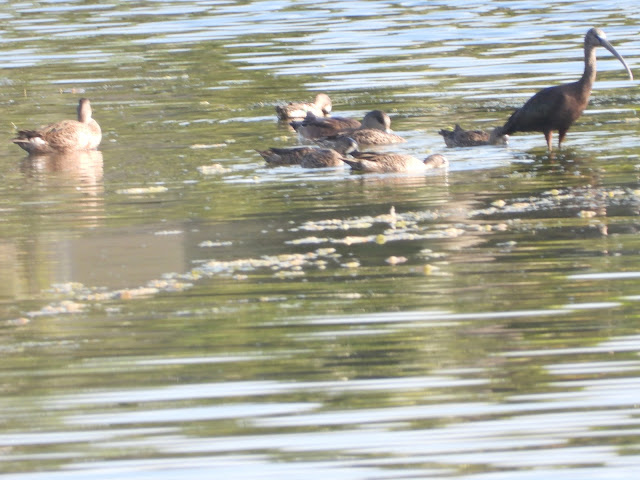 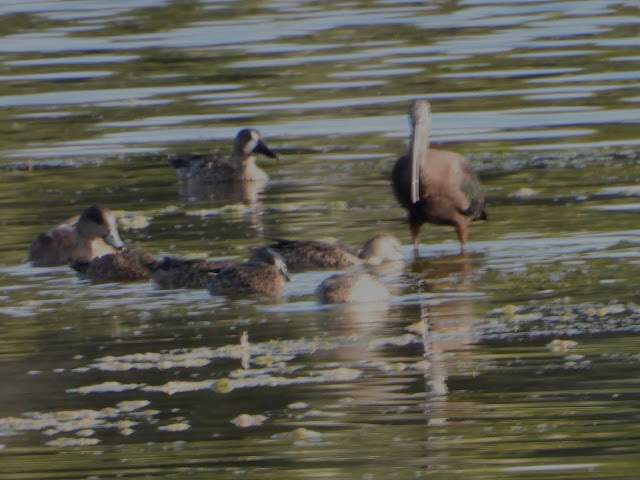