We can ID this  beautiful Macaw as a Blue-and-Yellow Macaw (also called a Blue-and-Gold Macaw) as follows:
The Blue-and-Yellow Macaw is native to South and Central America, where they inhabit forests and wetlands.  Their range includes Venezuela South to Peru, Bolivia and Paraguay, as well as parts of Panama. Since 1986 or earlier these Macaws have also been found in one small part of South Florida.  This population originated from escapees from sources such as animal exhibits, quarantine facilities and private collections.
It is estimated that there is a feral flock of over 20 Blue-and-Yellow Macaws in the Miami-Dade area.  This feral population has been declining due to poachers.  Because these birds are not native to Florida they are not protected.  Because of this we have not given the exact location of where they were seen.  We feel very lucky that we were able to see and photograph these beautiful birds.
The Blue-and-Yellow Macaw (or Blue-and-Gold Macaw) is a new species to our Photographic Life List, which now stands at 1,010. 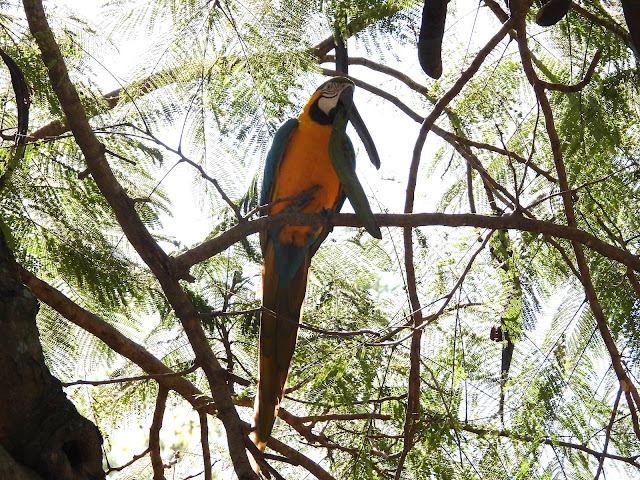 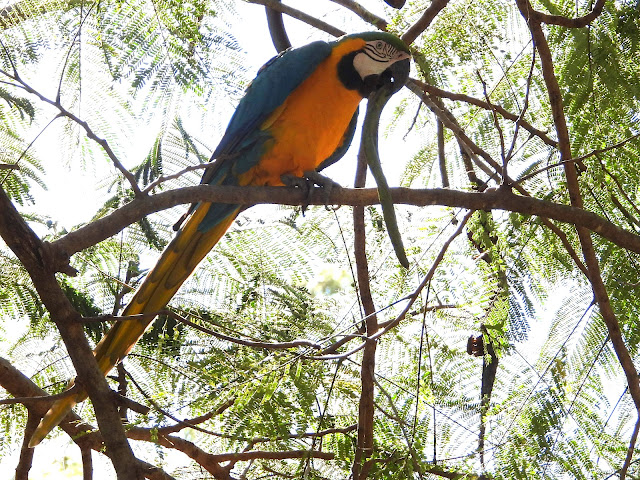 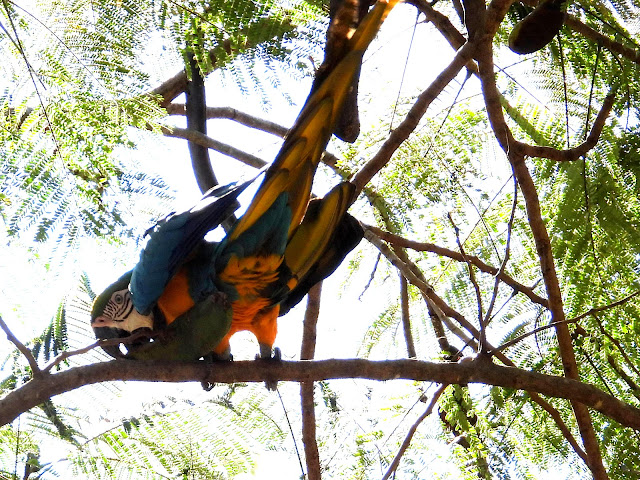 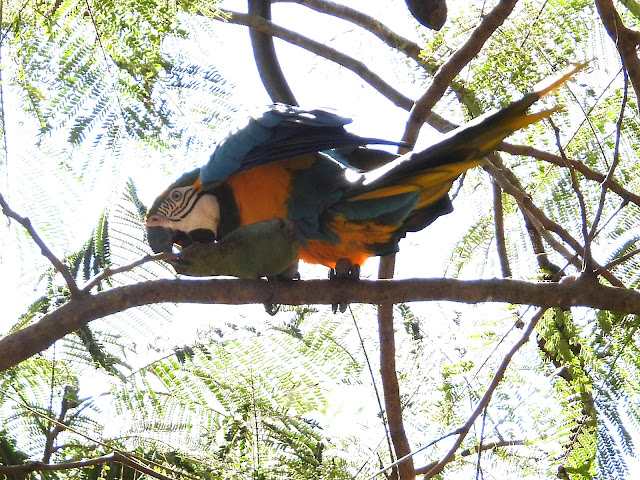 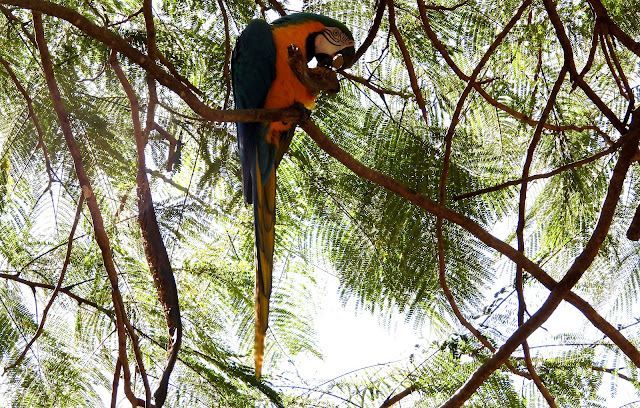 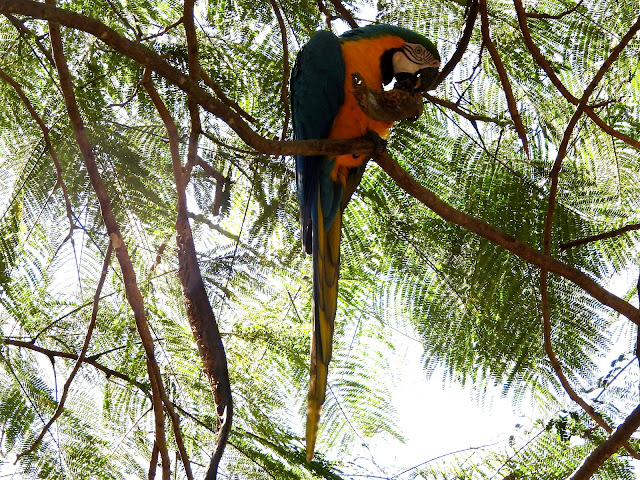 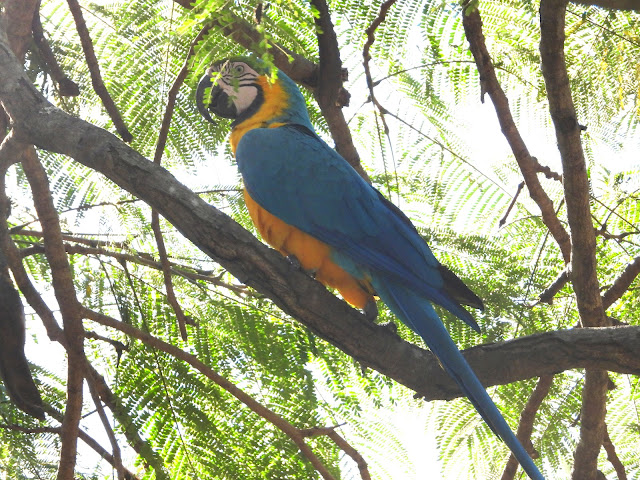 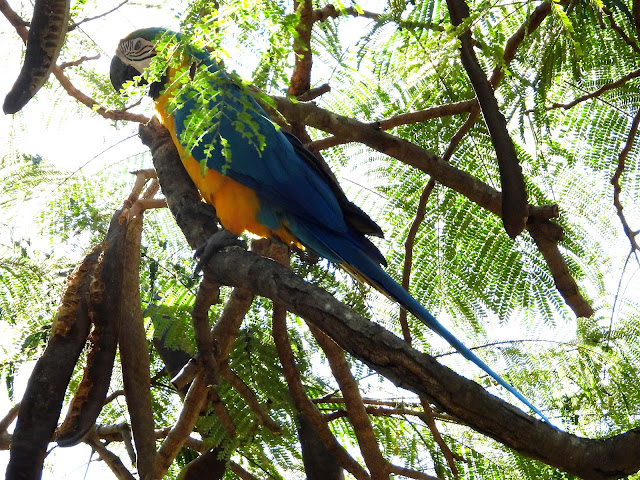 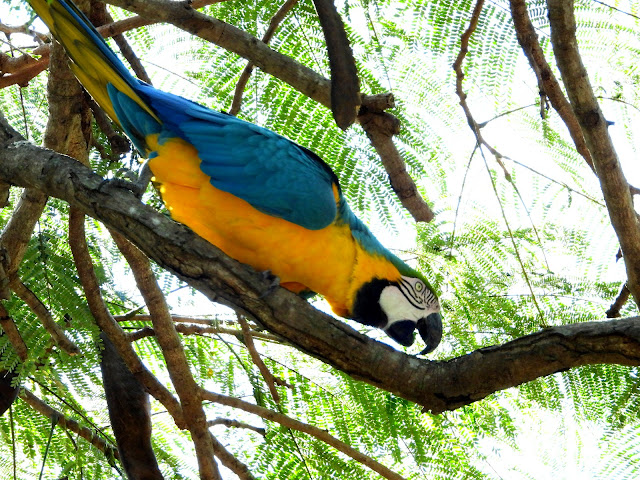 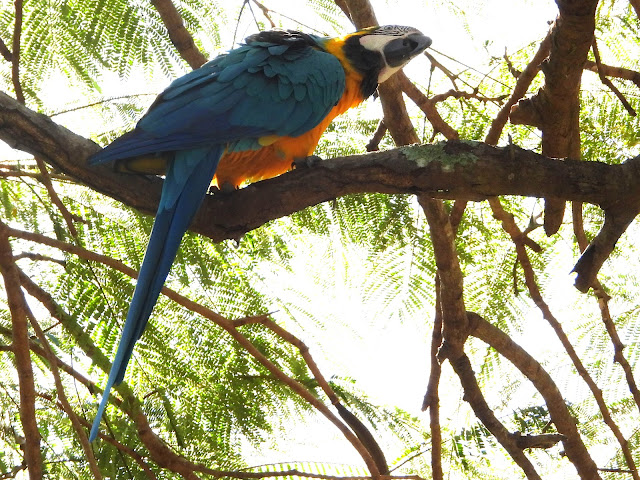 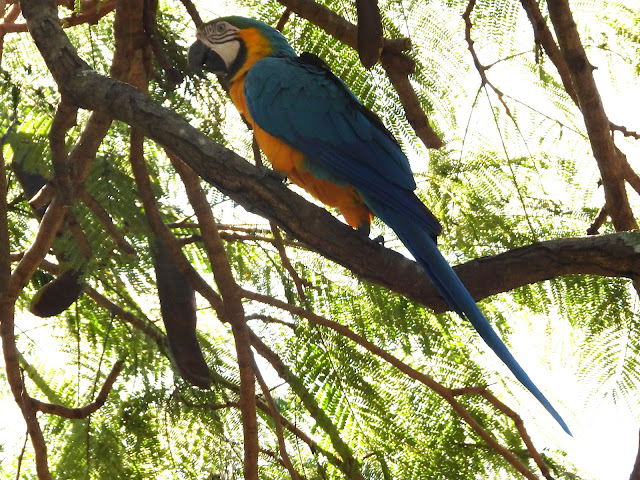 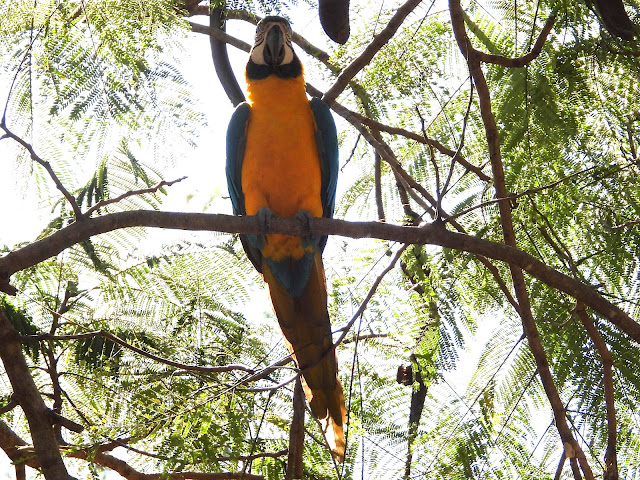 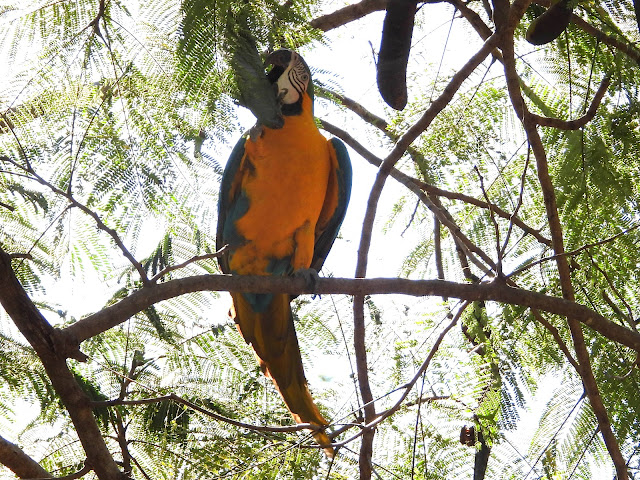 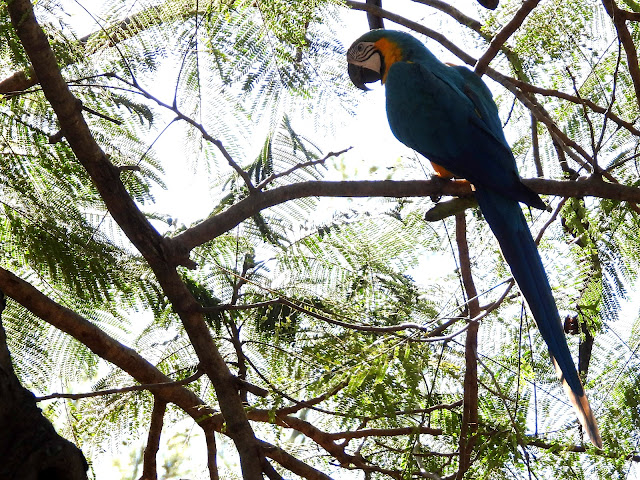 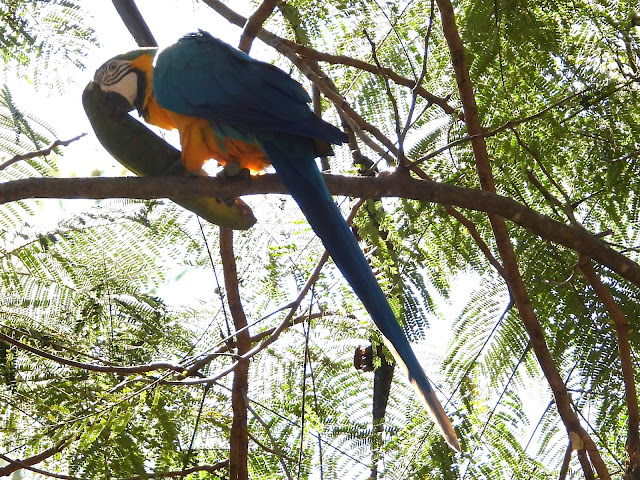 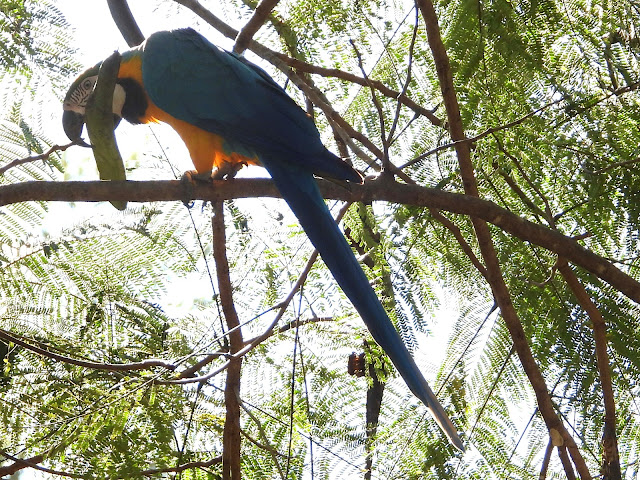 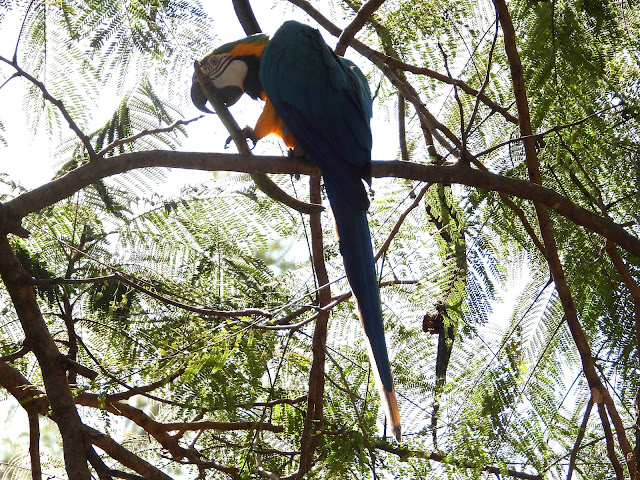 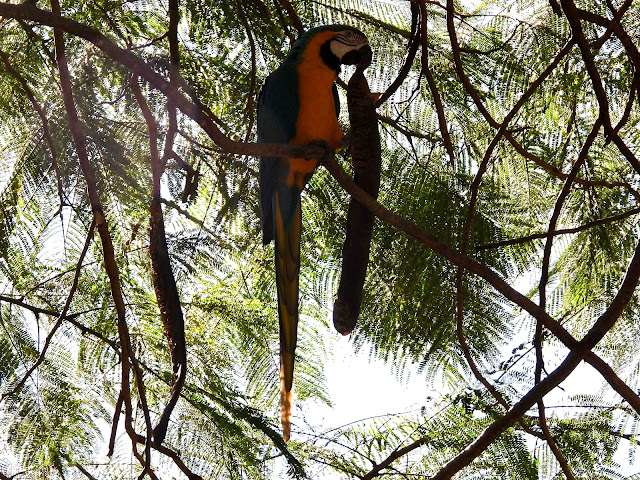 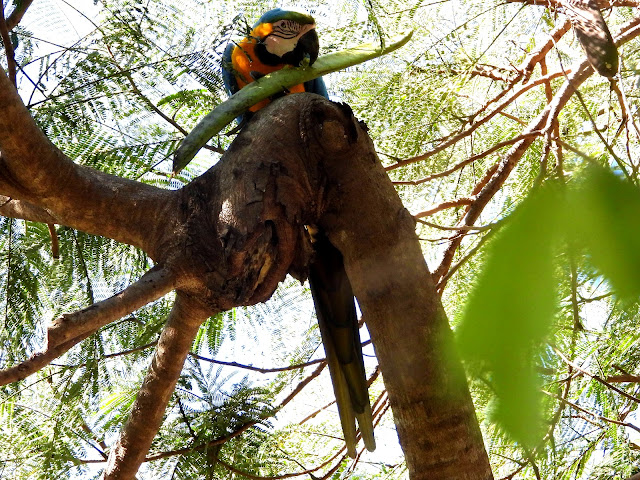 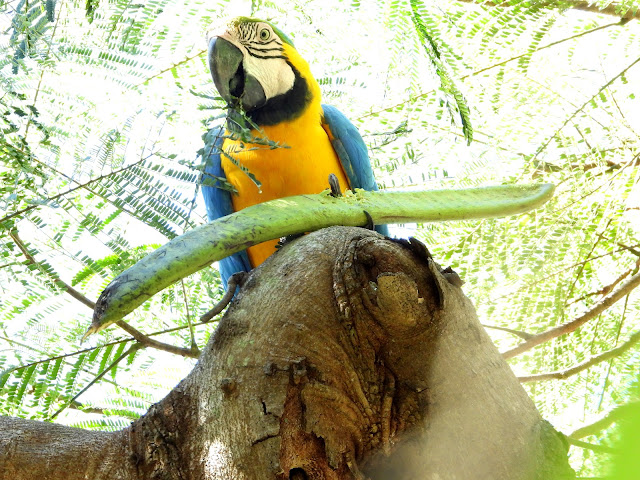 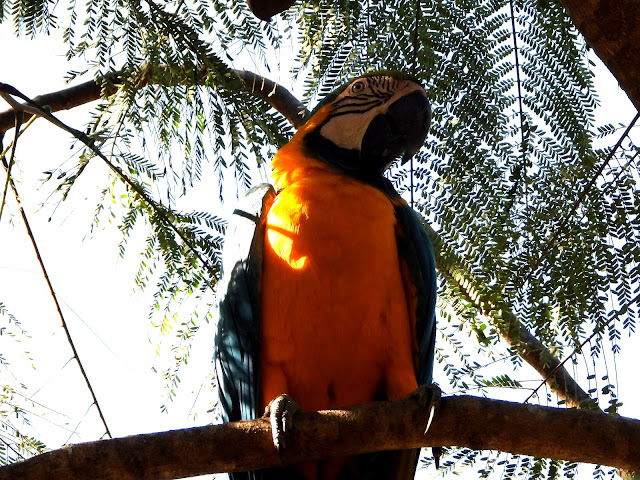 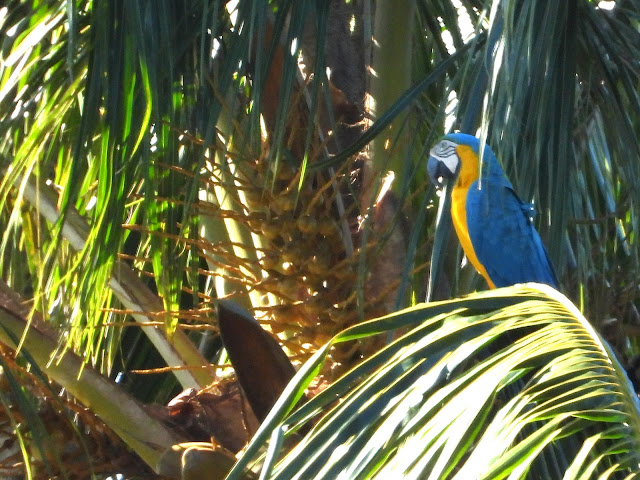 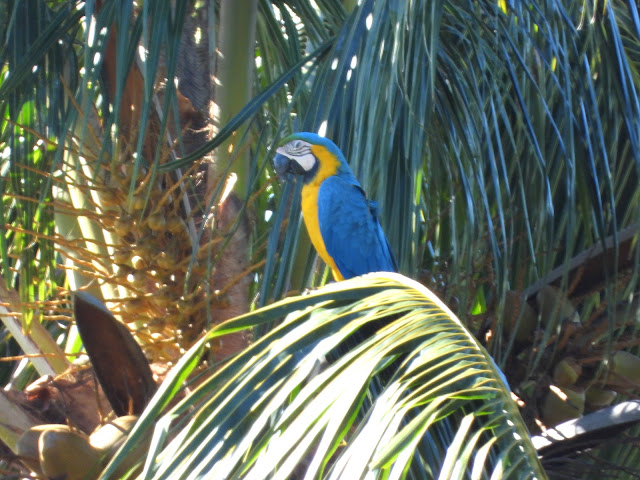 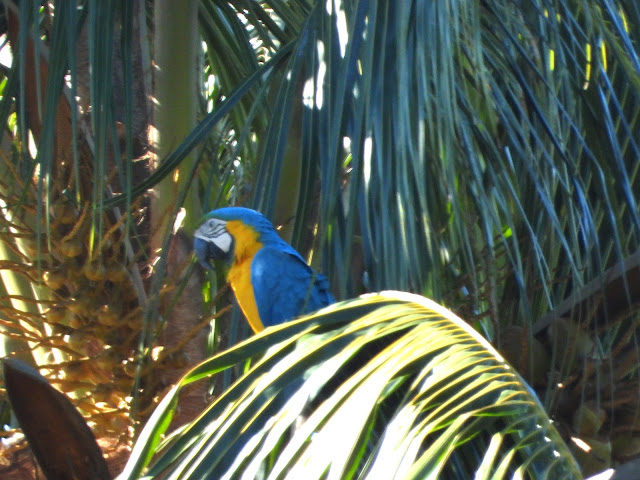 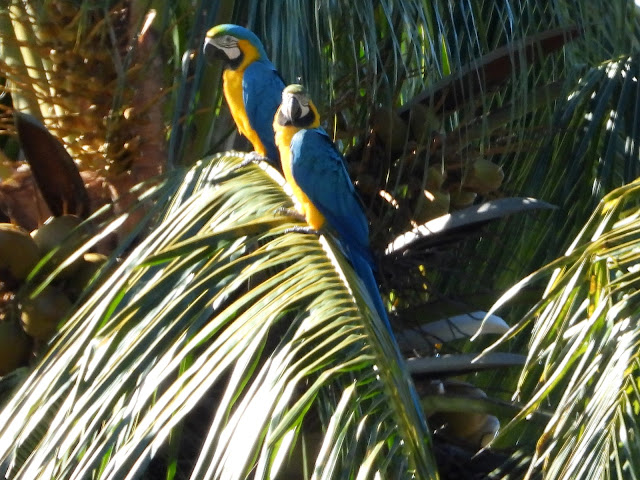 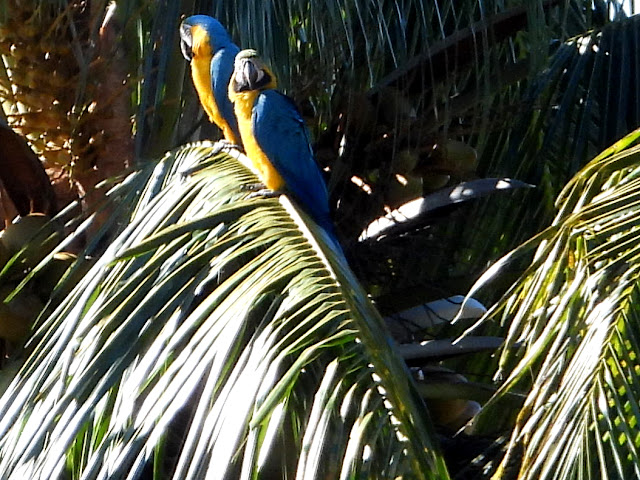 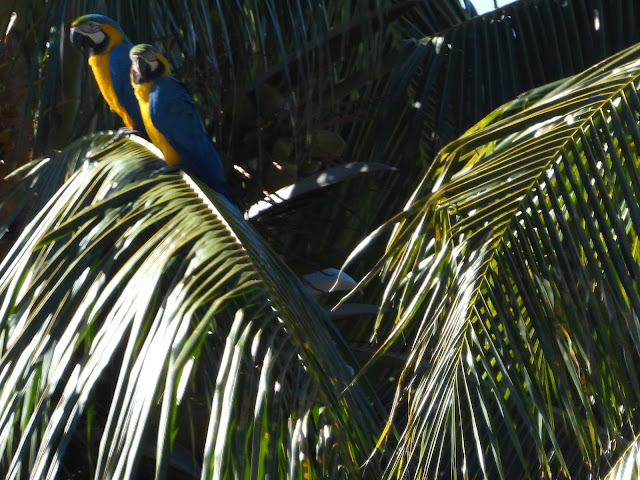 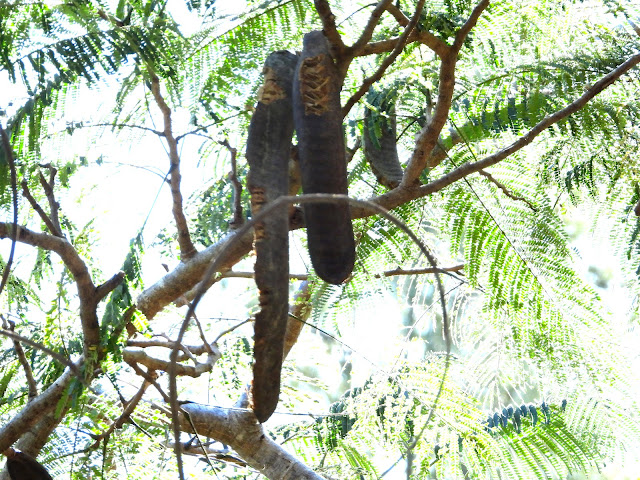