We can ID this Alcid as a breeding Razorbill a follows:


Among the many hundreds of Atlantic Puffins, we were able to photograph only this single Razorbill.  Almost all had already left their breeding grounds on Machias Seal Island.  The Razorbill is the closest living relative to the extinct Great Auk.  Razorbills are exclusively an Atlantic species, with no counterparts in the Pacific.  The Razorbill chicks cannot fly when they leave their colony, so the breeding site must have immediate access to the sea.
The Razorbill is a new species to our Photographic Life List, which now stands at 910. 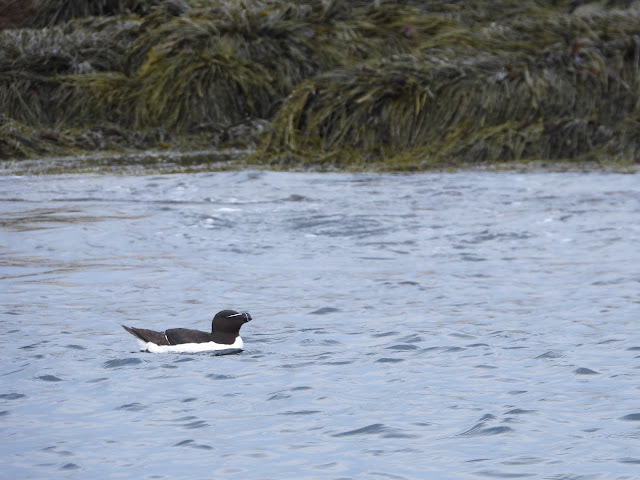 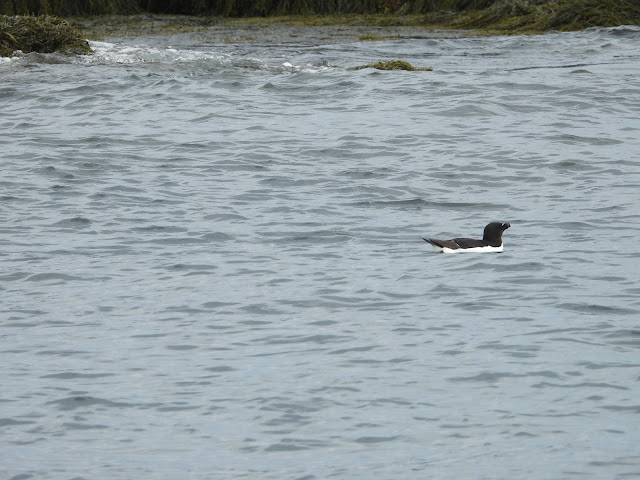 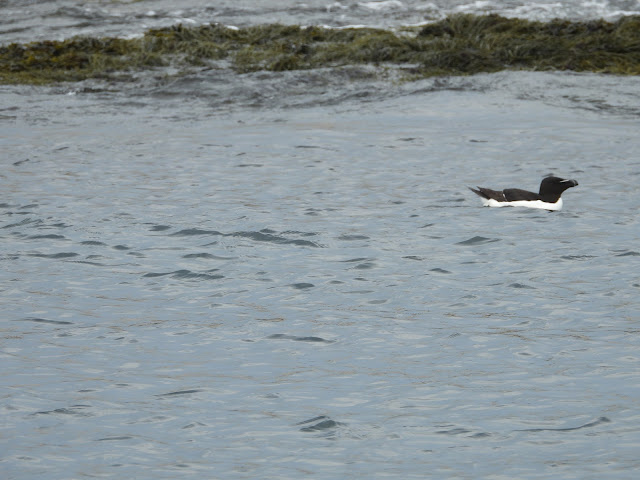 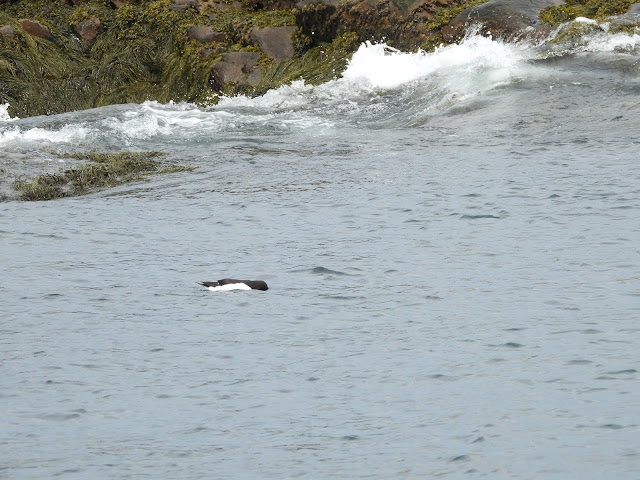