The Old Sow is a whirlpool which occurs on incoming tides off of Eastport, Maine.  It is the largest tidal whirlpool in the Western Hemisphere.  The Bay of Fundy and Passamaquoddy Bay come together on the southern tip of Deer Island.  Beneath 300 feet of water is a 250-foot hill. This and the narrow passageway of Head Harbor Passage causes the water to swirl, forming eddies.  The biggest whirlpool is named Old Sow. Smaller eddies surrounding it are known as Piglets.  In the photos below you can see such a whirlpool.
The upwellings of water bring food, such as krill, to the surface.  This is why Head Harbor Passage is such a great feeding ground for birds. 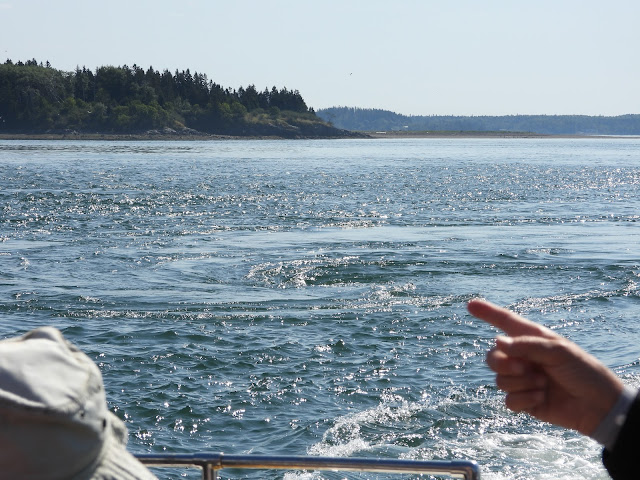 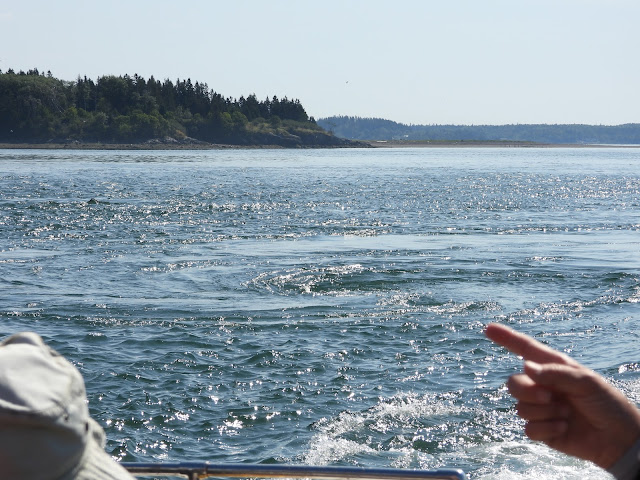 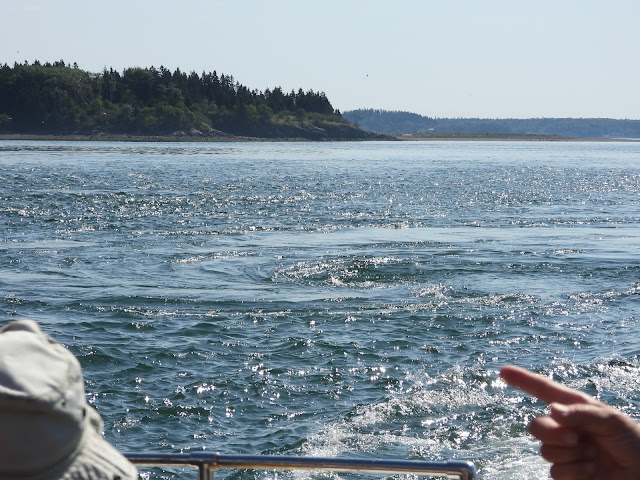 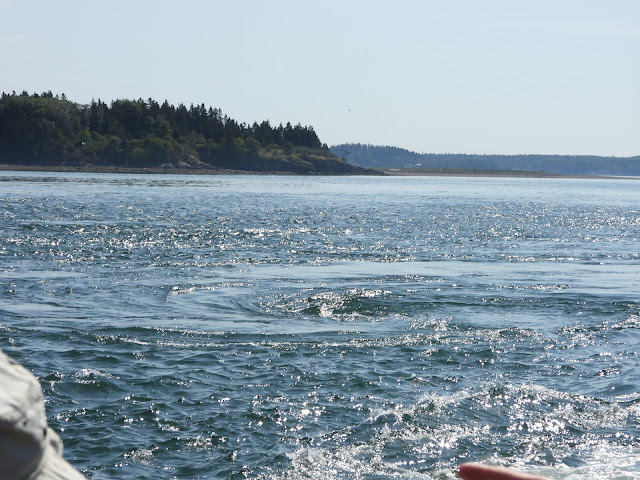 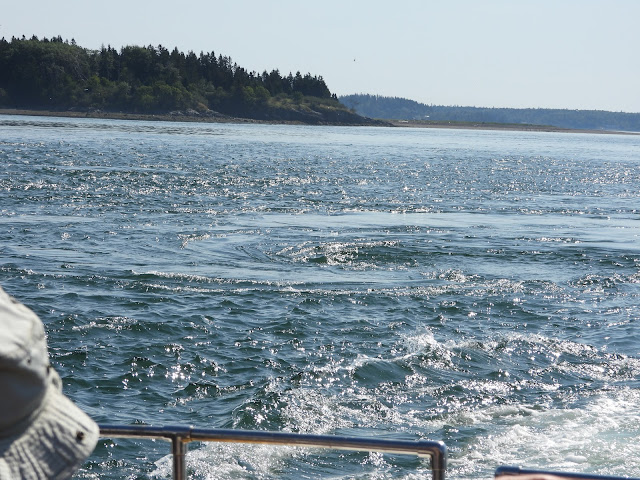 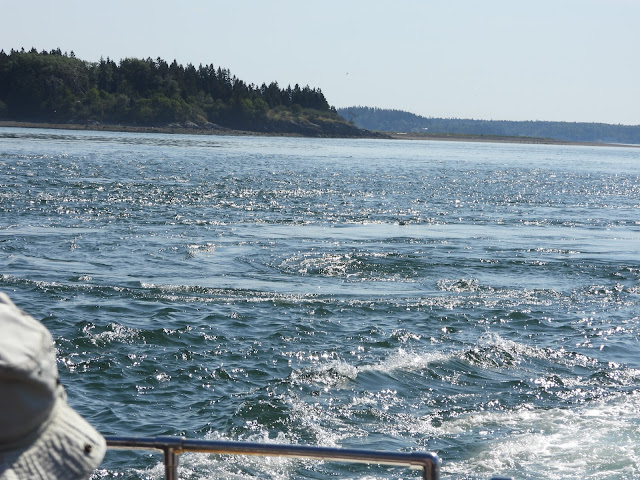