COMMON EIDERS ON WATER AND A FLOCK IN FLIGHT, QUODDY HEAD STATE PARK,LUBEC,MAINE, 8/13/2019

We can ID the sea-duck in the first photo as an immature male Common Eider as follows:


In the flock of flying Common Eiders we can ID male and female ducks mostly by their wing patterns and how much white we can see.  Those Eiders which show some white are male.
Common Eiders are the largest ducks in the Northern Hemisphere.  When female Eiders get spooked or are flushed off their nest, they'll defecate on their eggs as they fly off.There are several species that do this.  It is thought they are either attempting to protect their eggs from predators or trying to make themselves more maneuverable as they escape.
The Common Eider is a new species to our Photographic Life List, which now stands at 915. 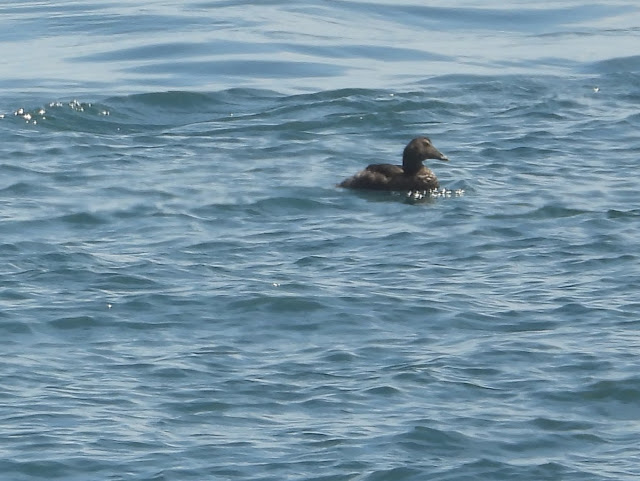 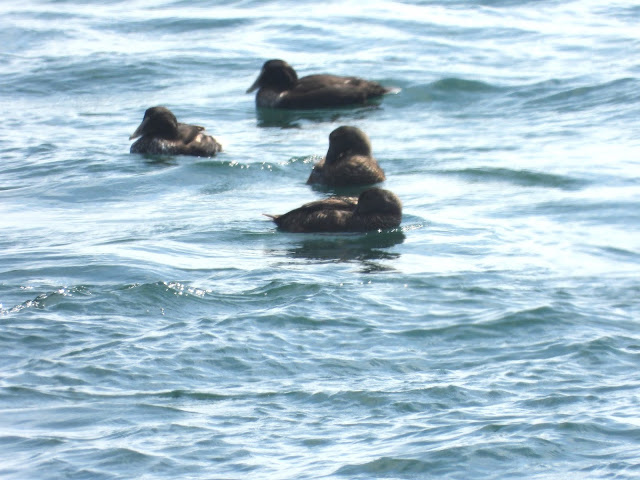 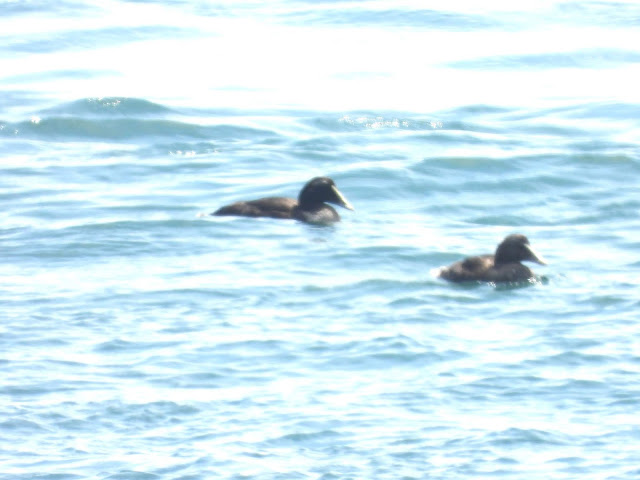 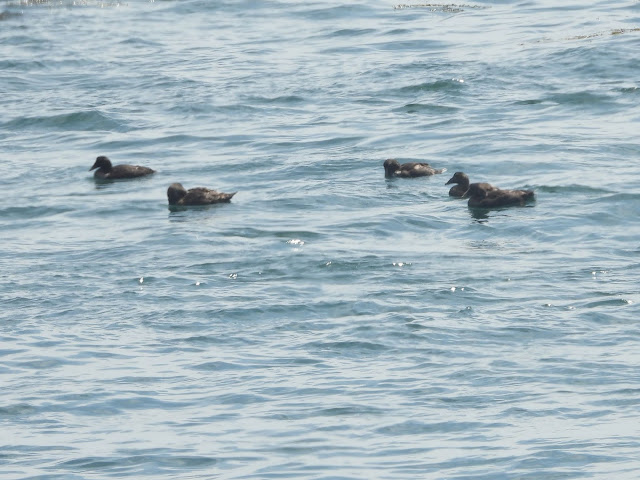 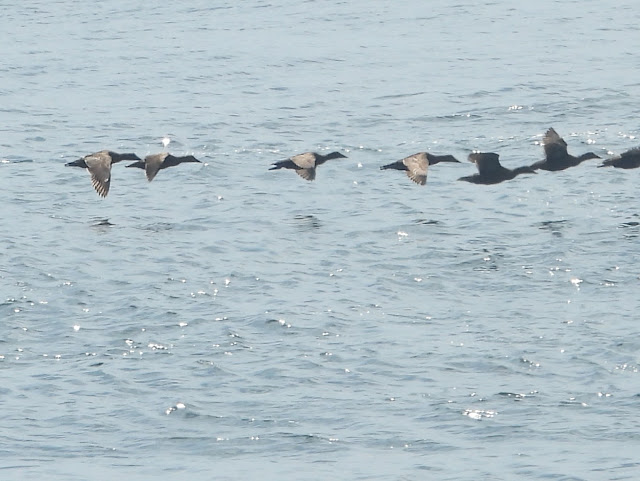 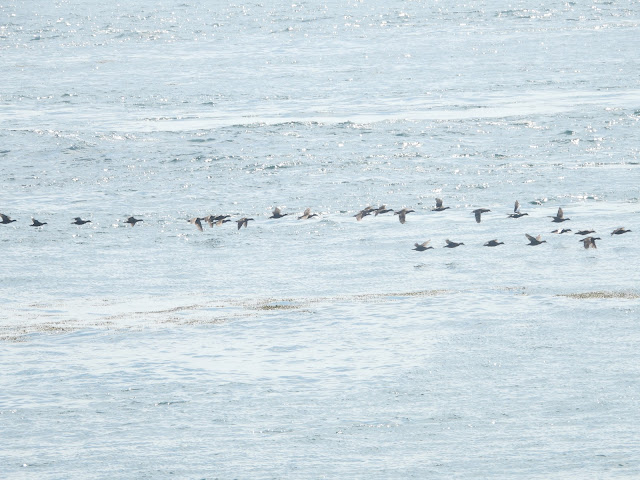 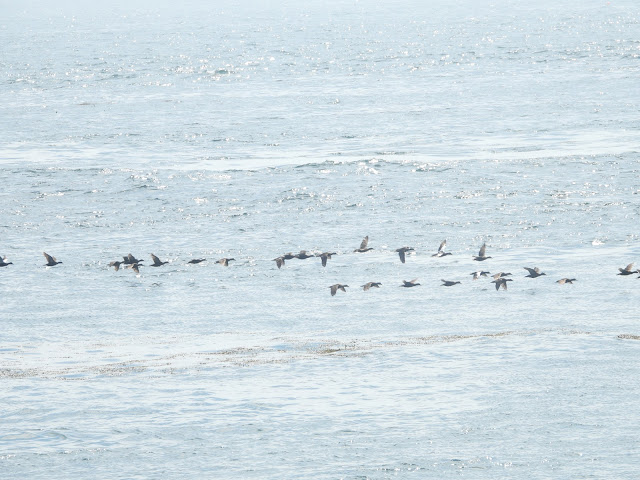 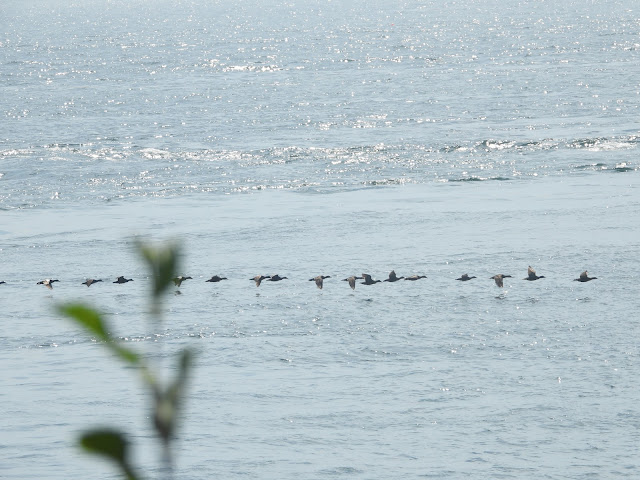 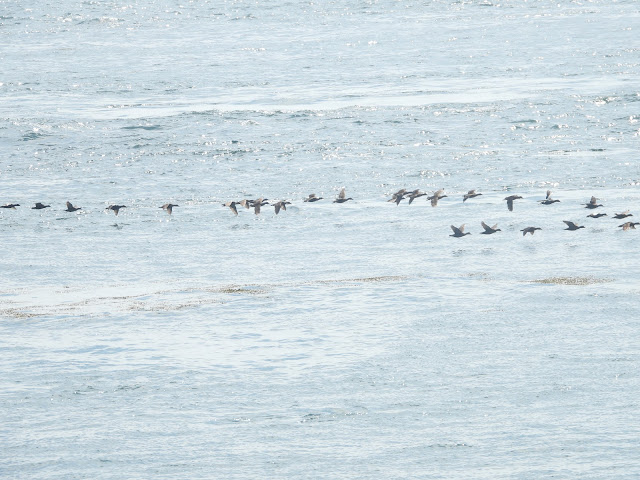 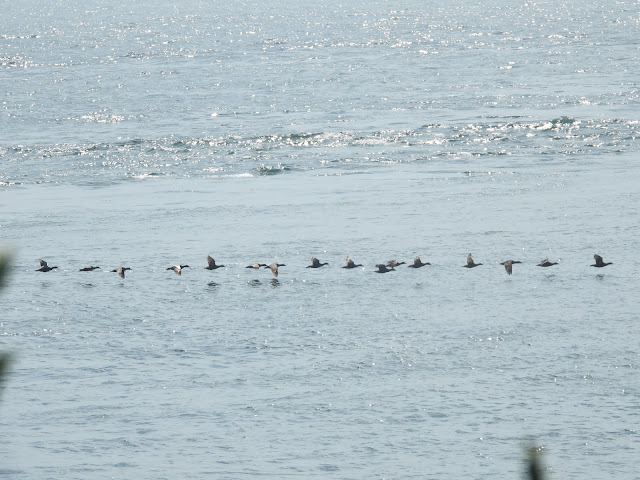 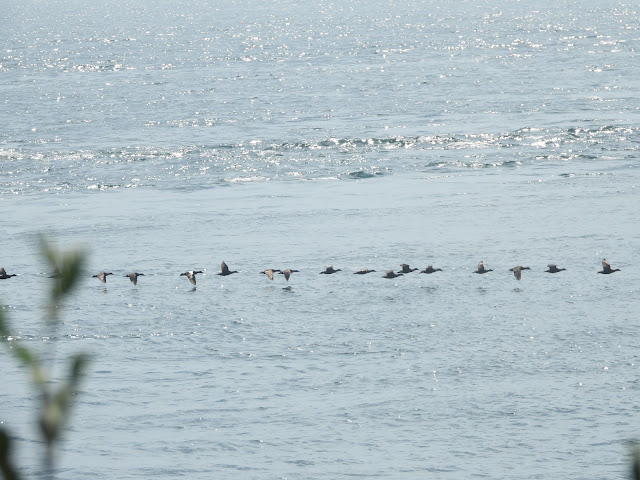 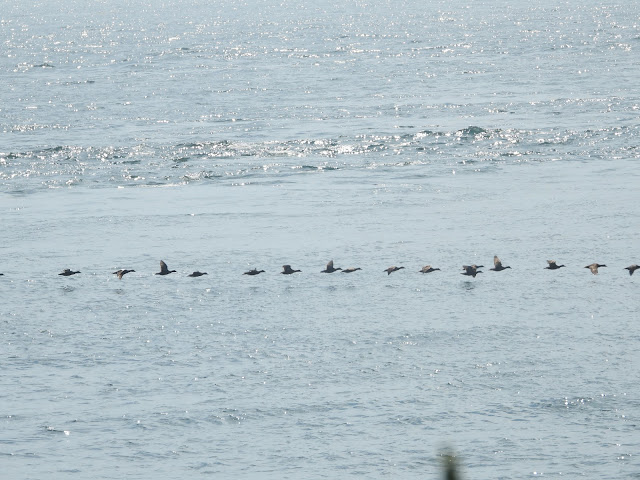 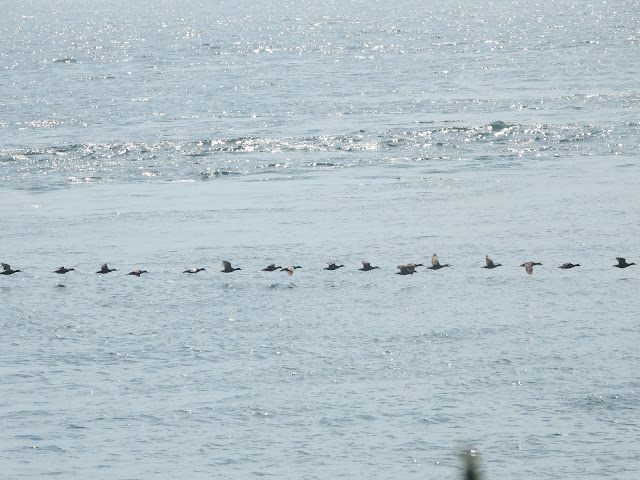 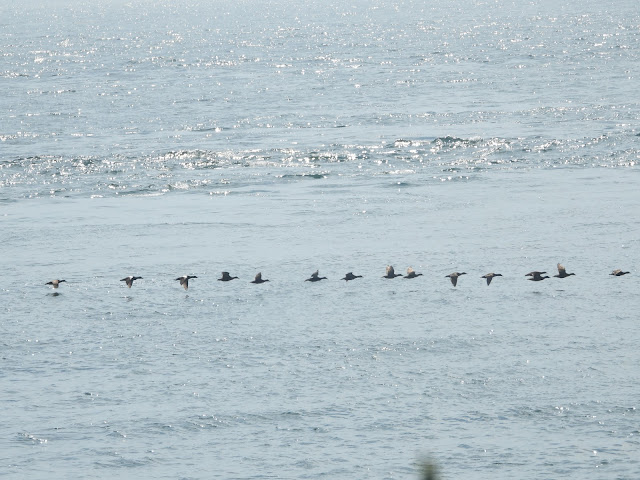