We can ID the other Alcid (the bird with the dark, straight, pointed bill) among the Atlantic Puffins as a breeding Common Murre as follows:


Similarly to the Razorbill, we were able to photograph only one Common Murre among the hundreds Atlantic Puffins.  Almost all of the Common Murres have migrated from their breeding grounds on Machias Seal Island.  The Common Murre dives for it's food, often to depths of 100 ft.  It has been recorded reaching a depth of 550 ft.
The Common Murre is a new species to our Photographic Life List, which now stands at 911. 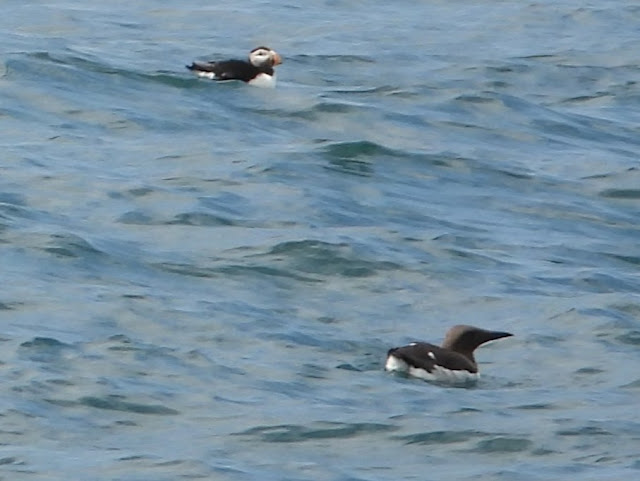 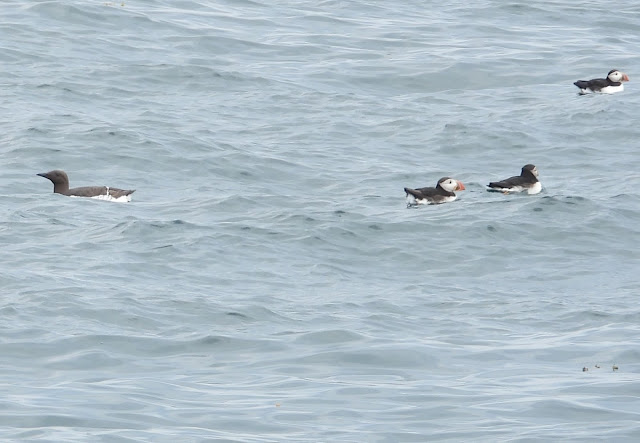 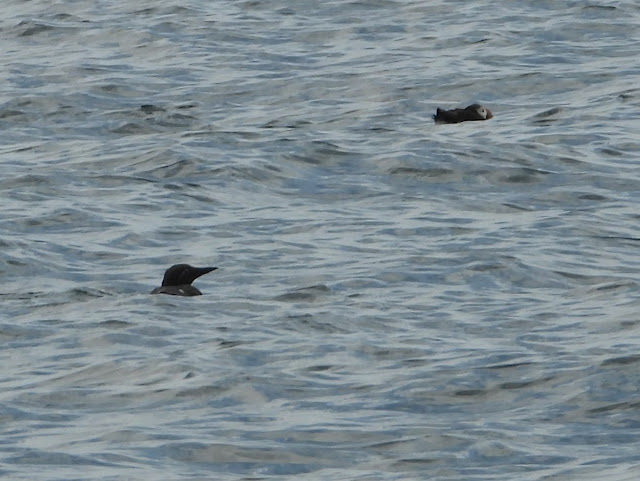 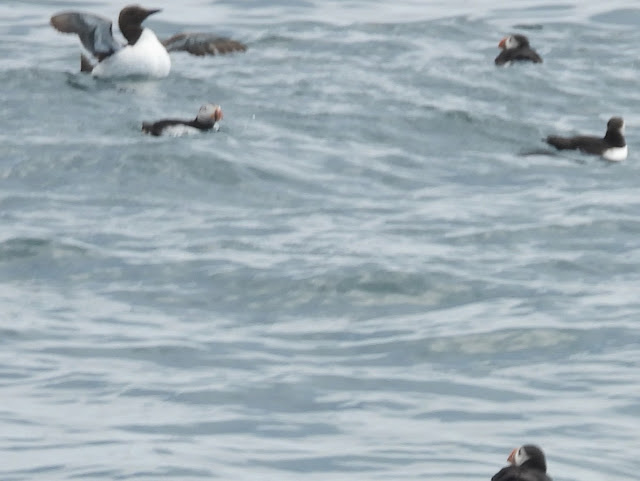 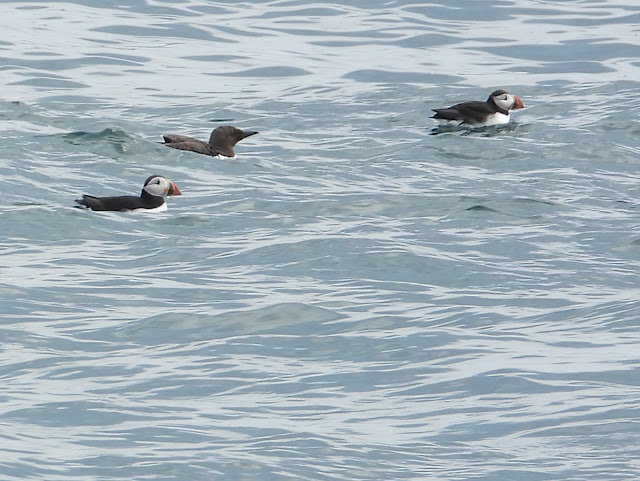