The Lark Sparrow has been reported on ebird as being at this location for quite some time.  It took over two hours ( with one break) before I finally was able to see and photograph the Lark Sparrow.  It was first sighted by one of the other birders.  It first went to a bush near the parking lot, where it was harassed by a Northern Mockingbird. It then flew to the other side of the fence between the golf club and the airport and foraged on the ground close to the fence.  After awhile it flew to the top of the fence.
We can ID this sparrow as a Lark Sparrow as follows:
The Lark Sparrow is seen mostly in Western U.S. and in Mexico, but is rare in eastern U.S., including in Florida.

The Lark Sparrow is a new species to our Photographic Life List, which now stands at 997. 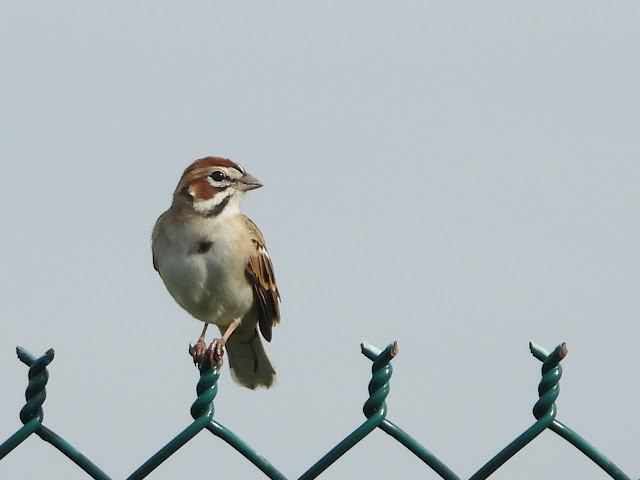 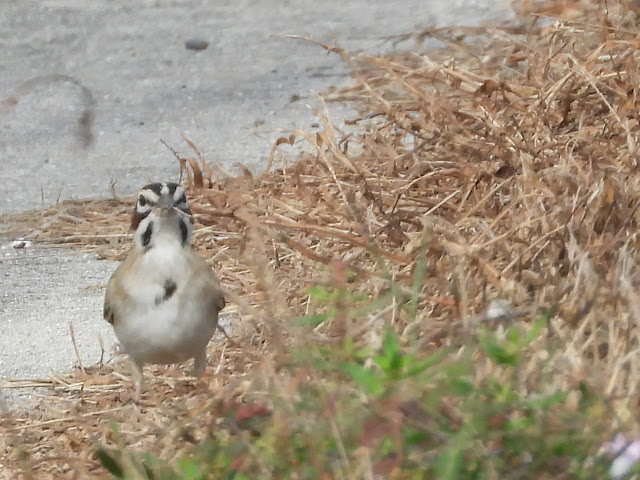 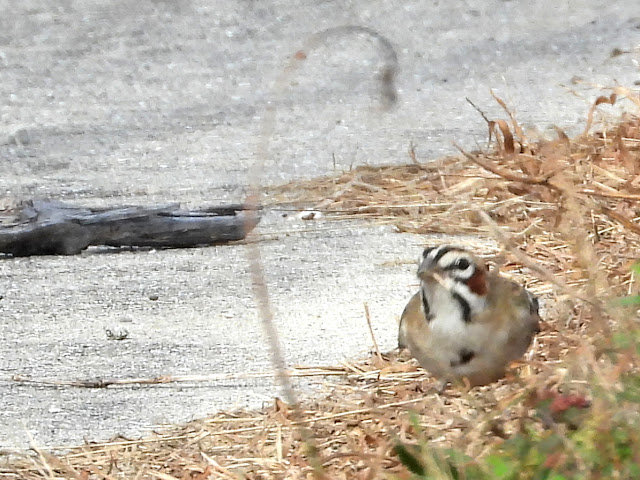 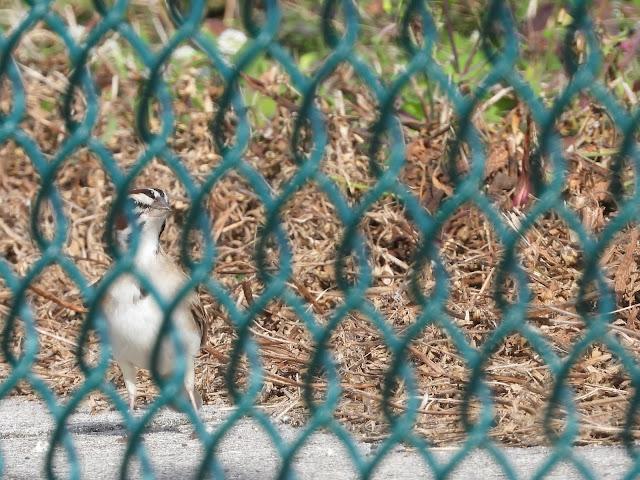 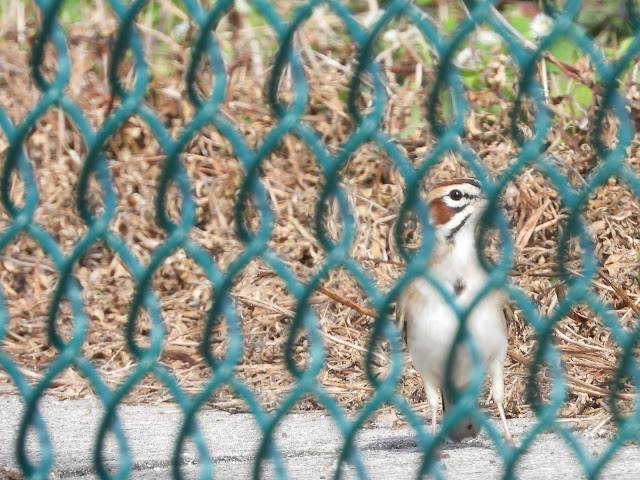