Bell's Vireo had been reported on eBird as a continuing bird at Plantation Preserve.   We travelled about 1 3/4 hours to see this bird.  Luckily, at the Linear Park at Plantation Preserve we ran into David S. Hall, who had originally sighted this bird and has reported it, with photos, several times on eBird. With his help we were able to see Bell's Vireo.   However,  the photos I took did not really come out very good, so, with his permission, I am using the photos taken by by him.  Thanks for all the help David.
We can ID this bird as Bell's Vireo as follows:


Bell's Vireo is a new species to our Photographic Life List, which now stands at 979. 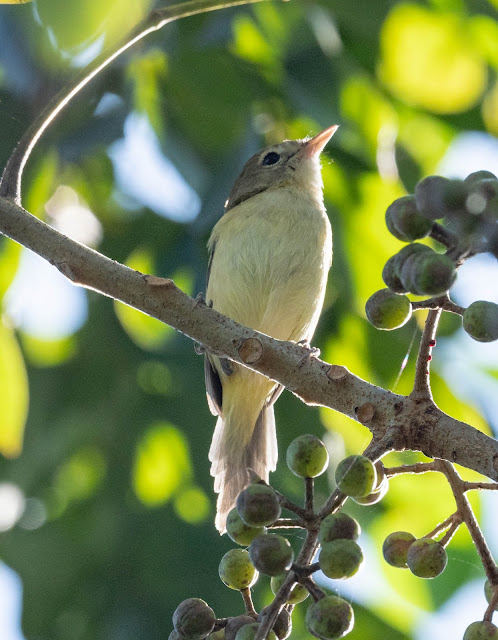 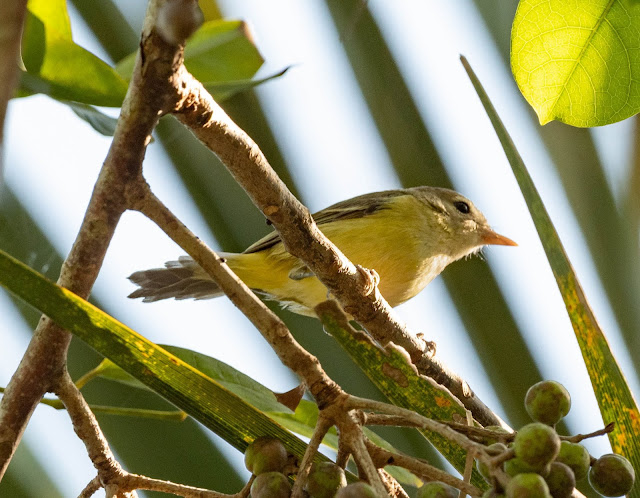 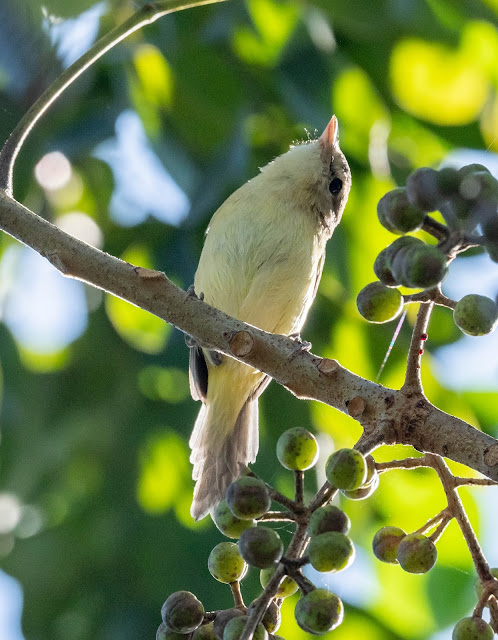