These photos of the Peregrine Falcon were taken with a Nikon Coolpix P1000 superzoom camera.  The third photo was one of the original photos.  The falcon was quite far away, so the photo was taken at the camera's maximum optical zoom of 3,000 mm (125x zoom).  It was taken without a tripod, but I was able to lean on a railing.
The first two photos are blown ups and slightly edited (only contrast) versions of the original photos.  The second photo is the edited version of the third photo.  Considering the distance involved I thought these photos came out really good. 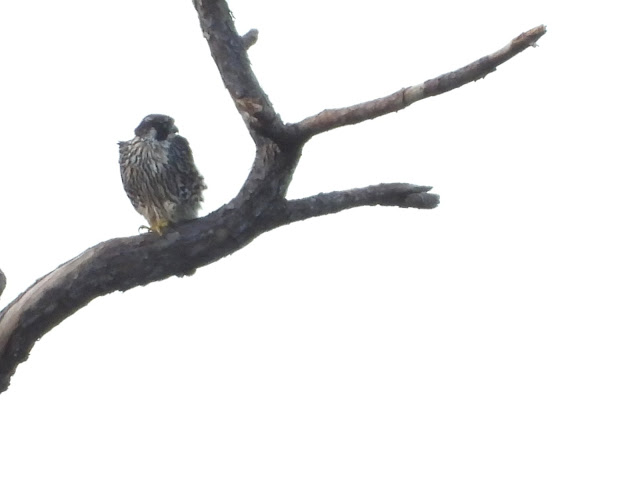 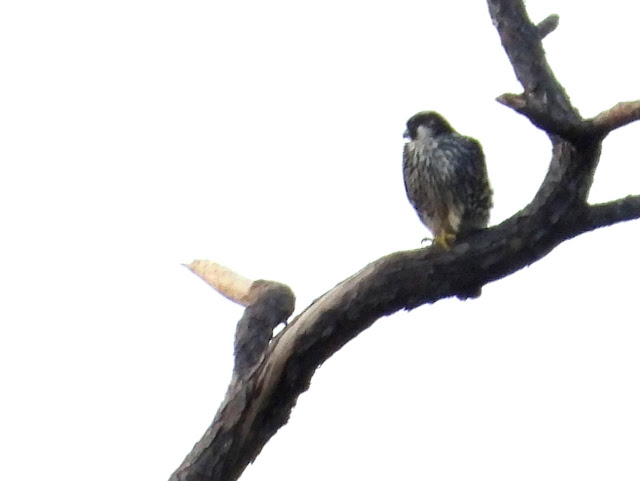 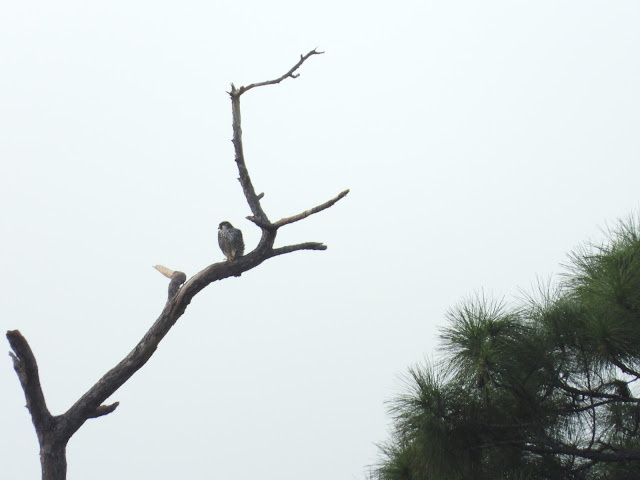