Even though we can't see the head or face of this tern, we can still ID it as an Arctic Tern as follows:


The Arctic Tern is strongly migratory.  It migrates along a convoluted route from its northern breeding grounds to the Antarctic coast for the southern summer and back again about six months later.. Recent studies have shown that the annual round trip length for birds nesting in the Netherlands is about 56,000 miles and for birds nesting in Iceland and Greenland is about 44,100 miles.  These
are by far the longest migrations known in the animal kingdom.
The Arctic Tern is a new species to our Photographic Life List, which now stands at 912. 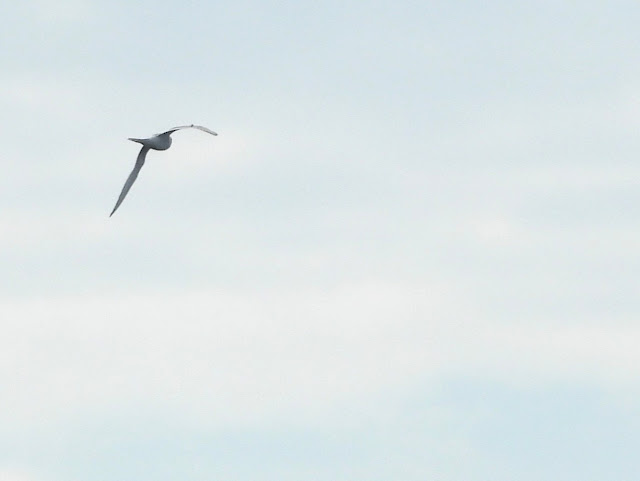