We came across this large group of Indian Peafowl by pure luck.  While driving on the Overseas Highway (U.S. Route 1) in the Keys we pulled over to the side of the road to change drivers.  And there they were: a flock of 14 Indian Peafowl.  In doing research on this bird I found that a recent American Birding Association rule change now allows Indian Peafowl to be countable in Florida, Los Angeles area and Hawaii, where they have established feral populations.  According to the Florida Fish & Wildlife Conservation Commission the presence of feral Indian Peafowl was first recorded in Orange County in the 1950's, and now they have been seen in a least 20 counties.
This flock has male (Peacock), female (Peahen) and immature (Peachick) Indian Peafowls.  The first three photos show a Peacock or male Indian Peafowl.  It is unmistakable with its extremely large size, bright colors, long broad tail and small head.  The fourth photo shows two Peahens or female Indian Peafowls.  The fifth photo shows a Peahen in the middle with two  male Peachicks or immature male Indian Peafowls.
The Indian Peafowl is a new species to our Photographic Life List, which now stands at 995. 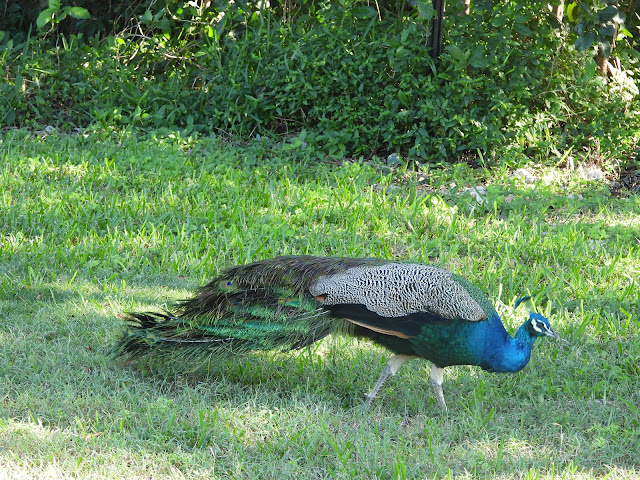 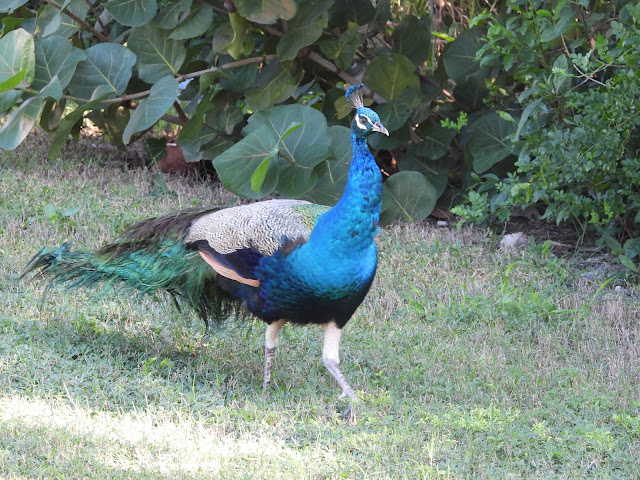 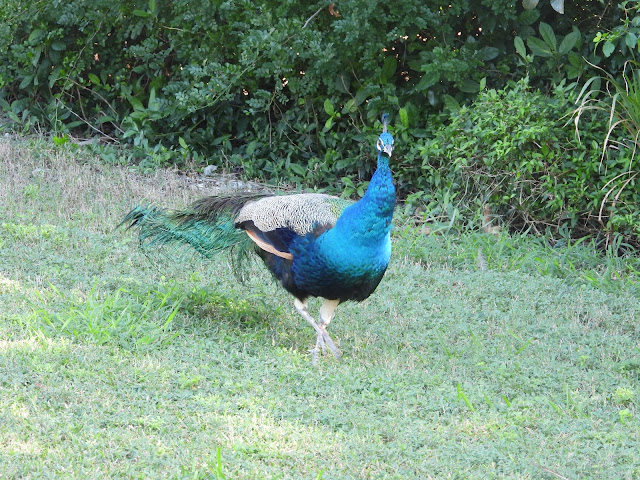 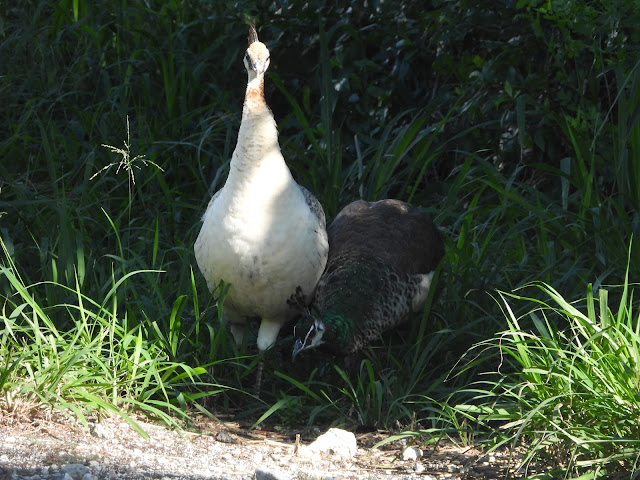 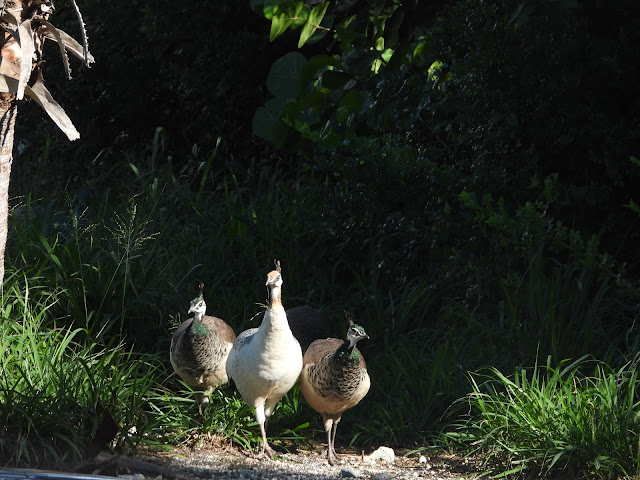 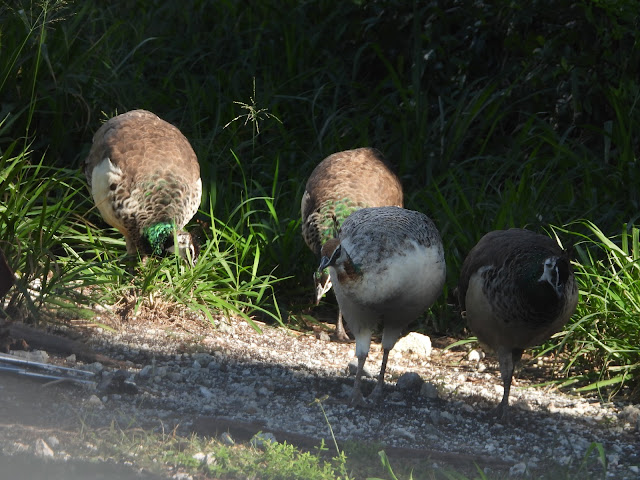 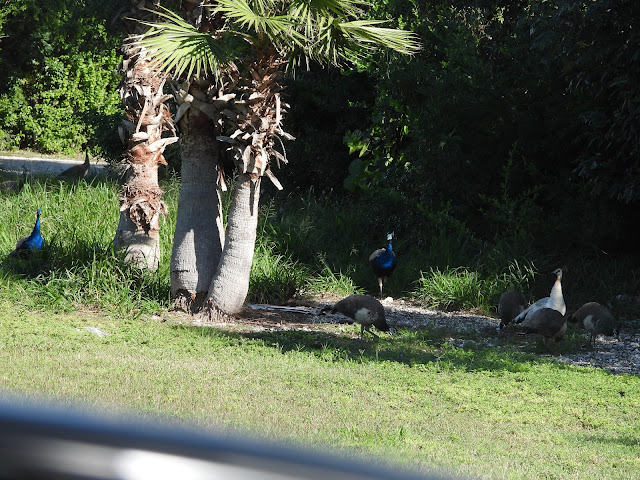 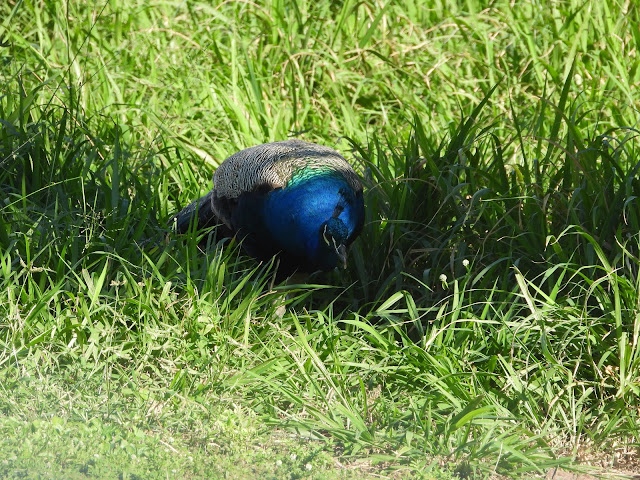 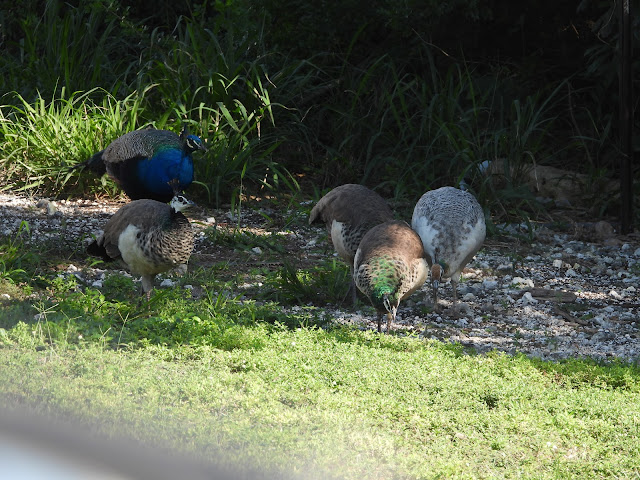 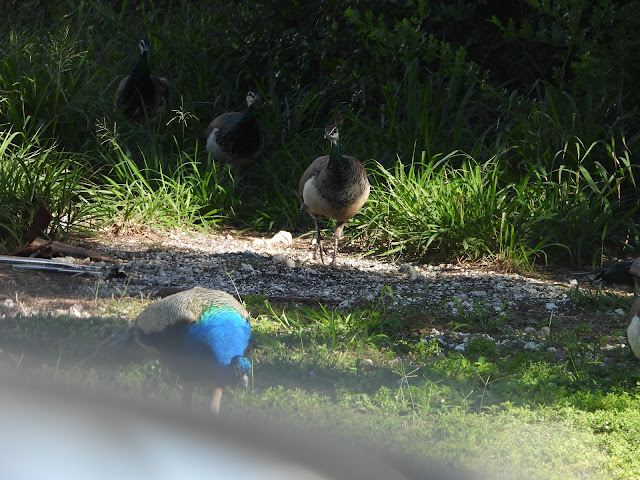 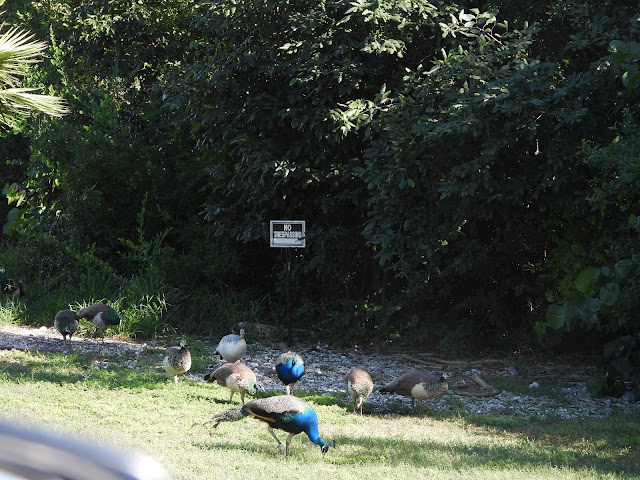 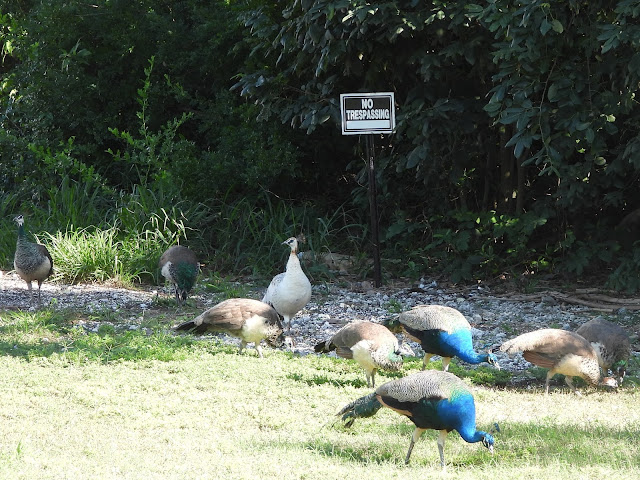 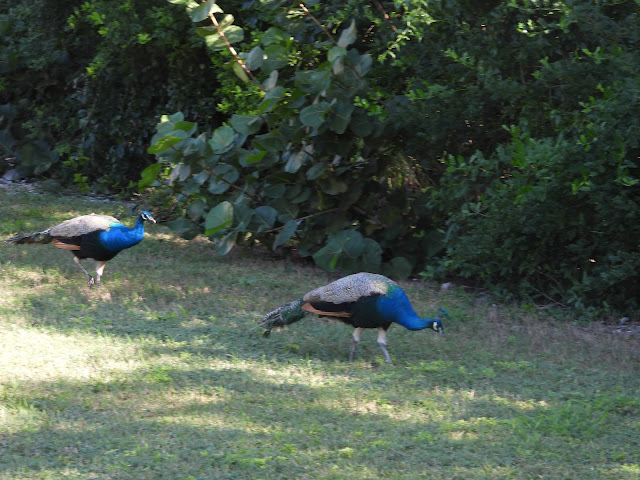 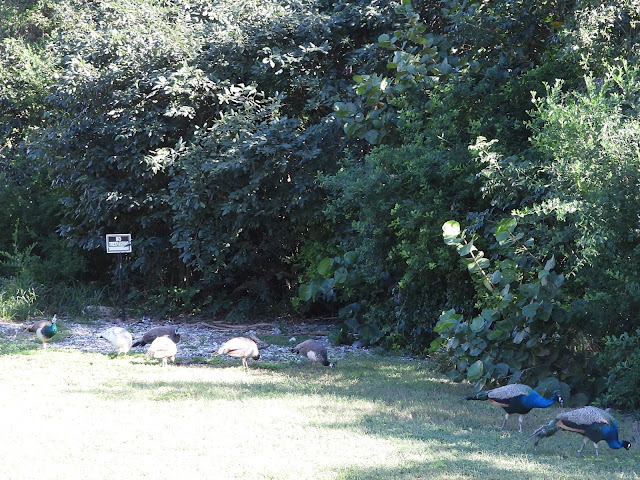 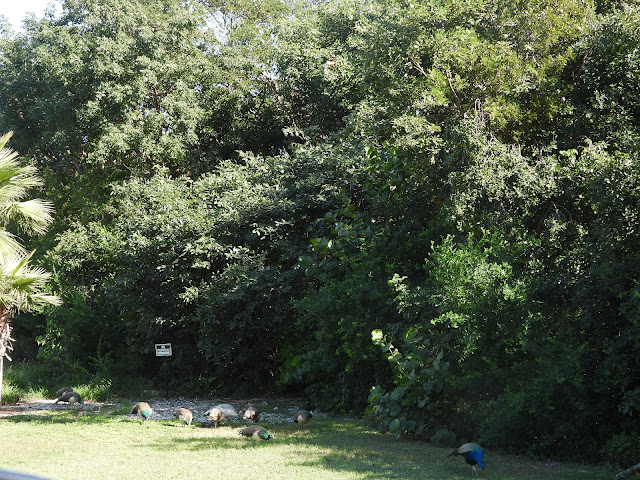 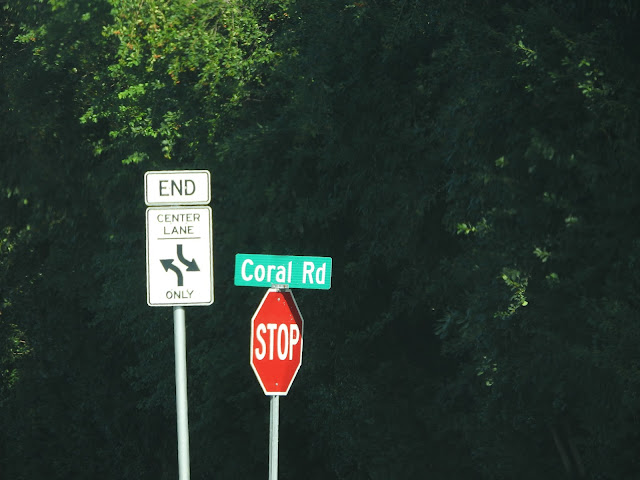 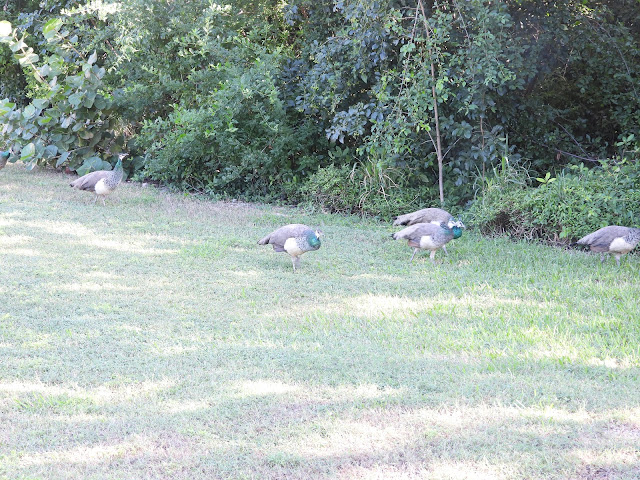 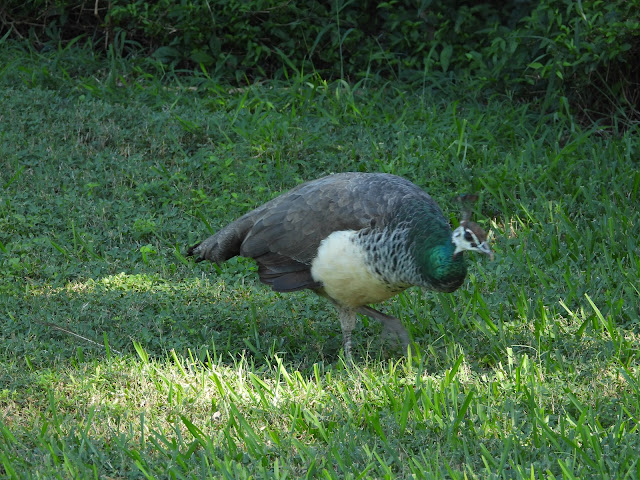 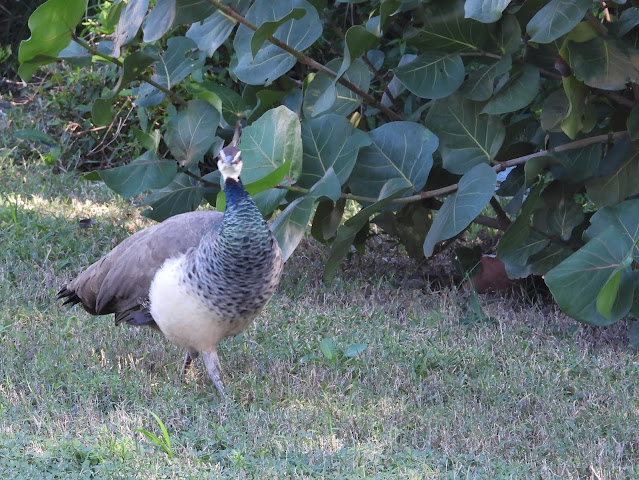 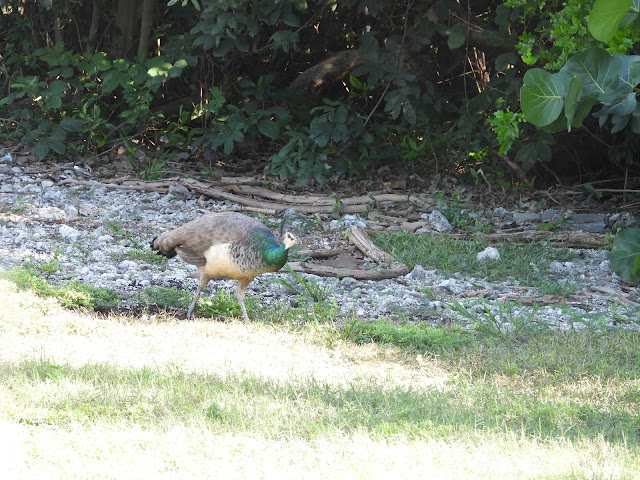