This pair of juvenile Ross's Geese (White Form) has been reported on ebird as being at Bayfront Park since Oct. 12.  They have been reported as being at various places in this large park: the marina, the beach, grazing on the lawn, etc.  When we arrived at the park it was raining fairly hard.  We spotted a fellow birder and she told us that she had been looking for the geese all over the park for some time and hadn't yet found them.  We figured we would leave and come back the next day when the weather was suppose to be be better.  On the way out, eagle-eyed Sharon spotted two white birds among some Canada Geese.  Low-and-behold they were the pair of Ross's Geese.  Sharon managed to find our fellow birder and let her know.
We can ID this pair of geese as juvenile Ross's Geese as follows:
Ross's Goose is a new species to our Photographic Life List, which now stands at 987A. 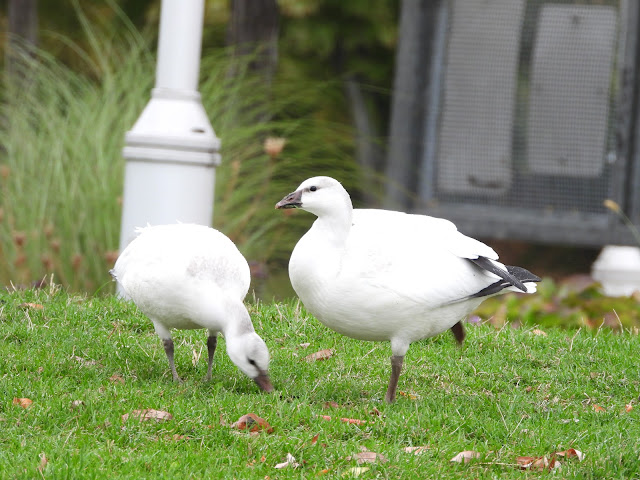 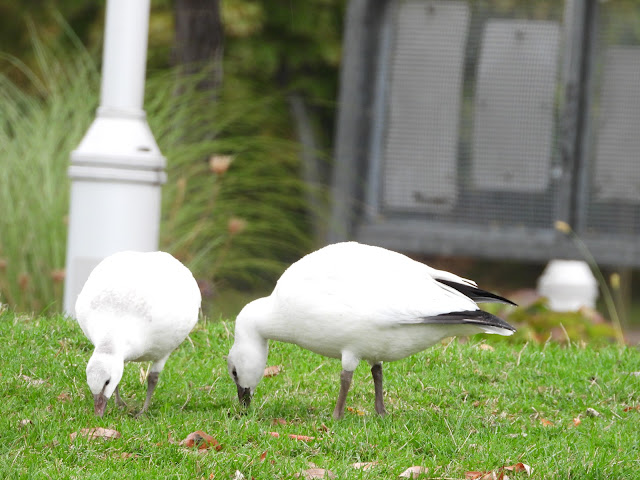 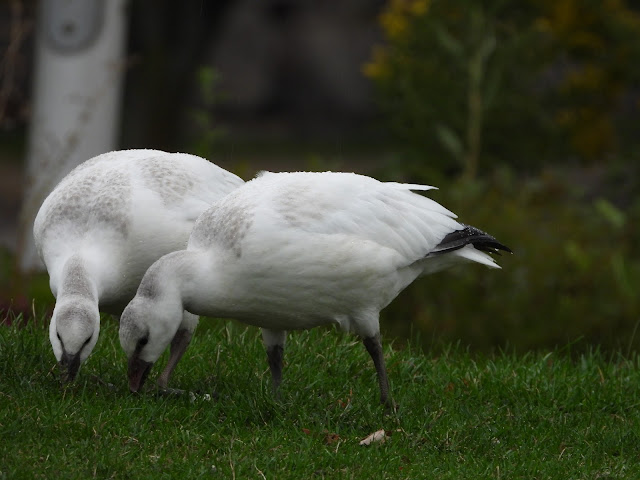 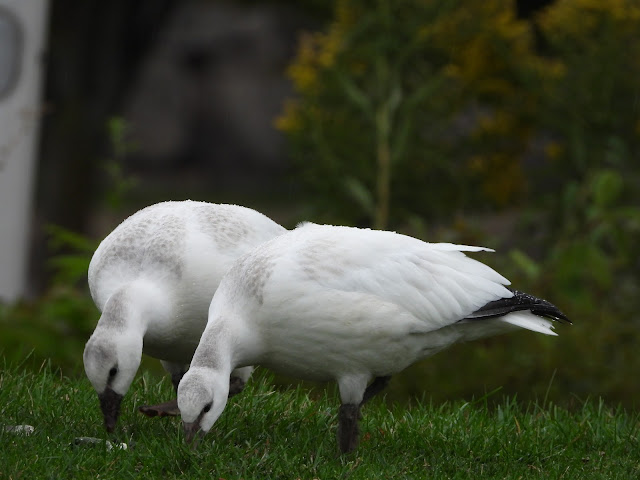 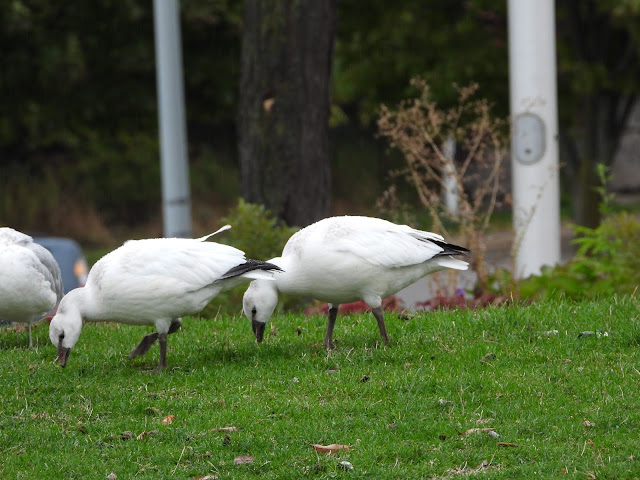 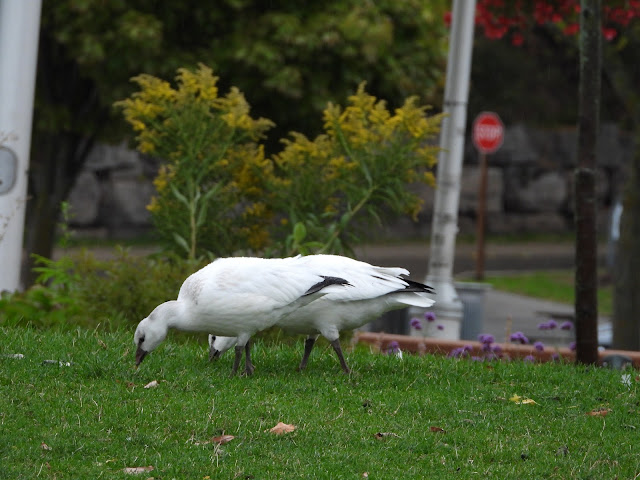 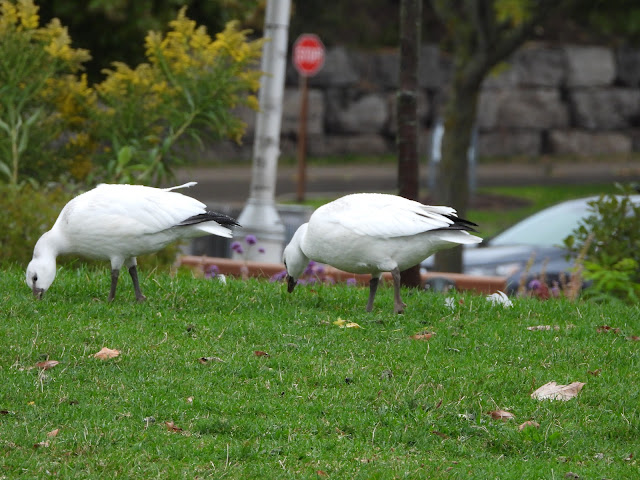 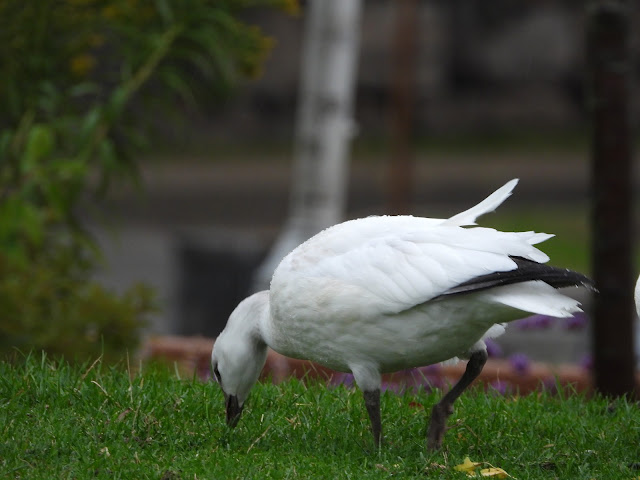 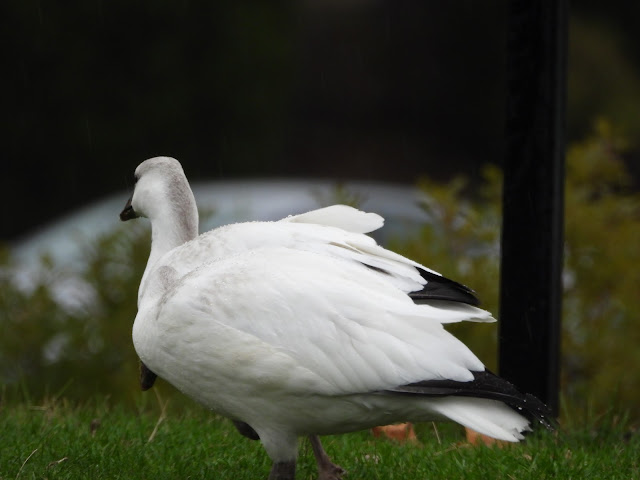 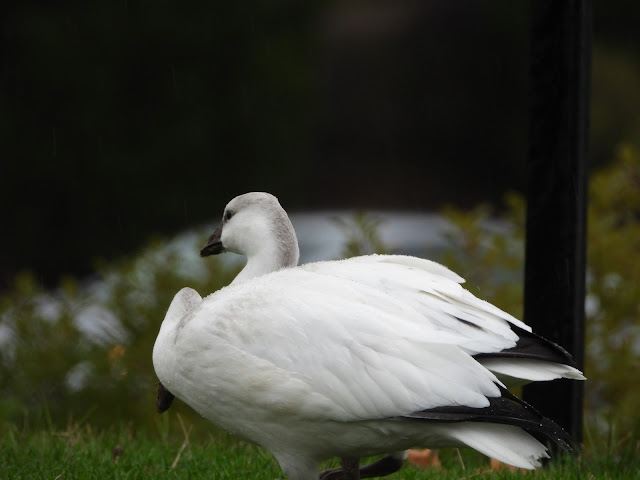 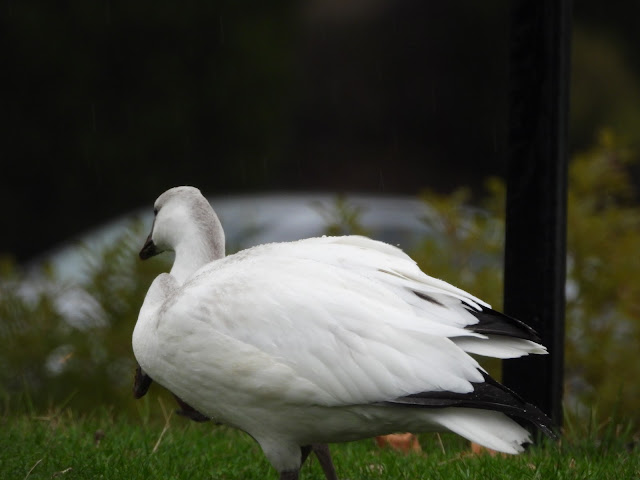 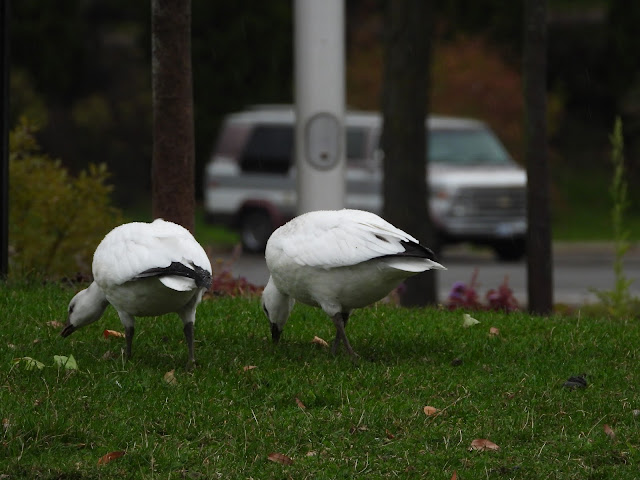 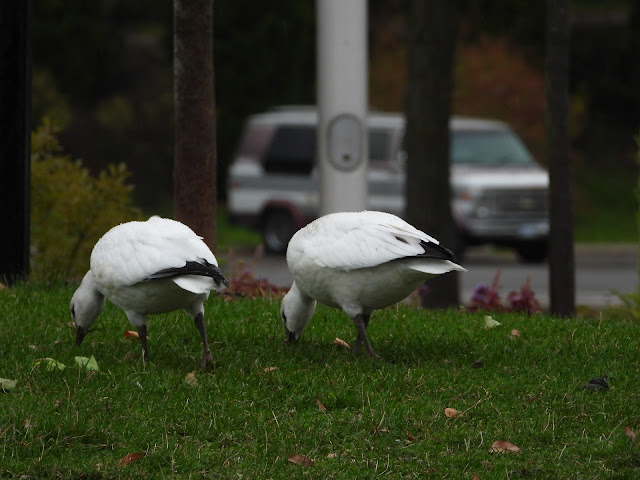 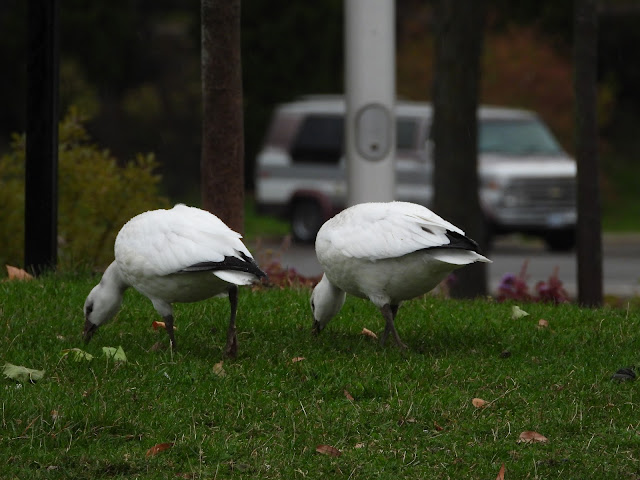 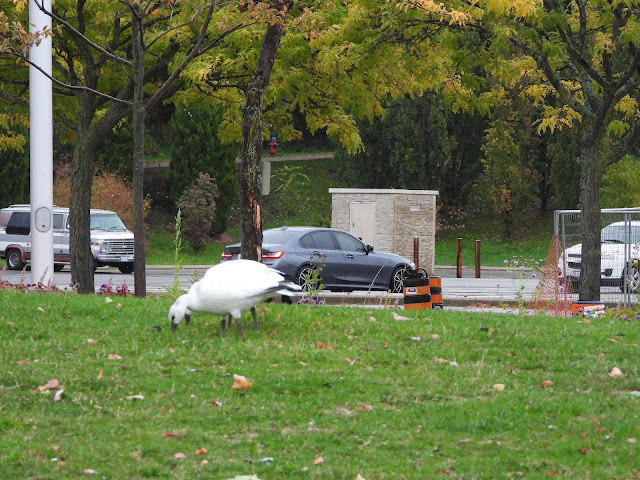 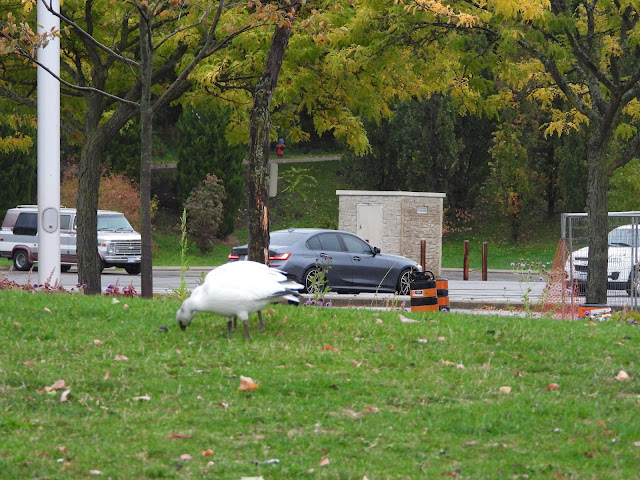 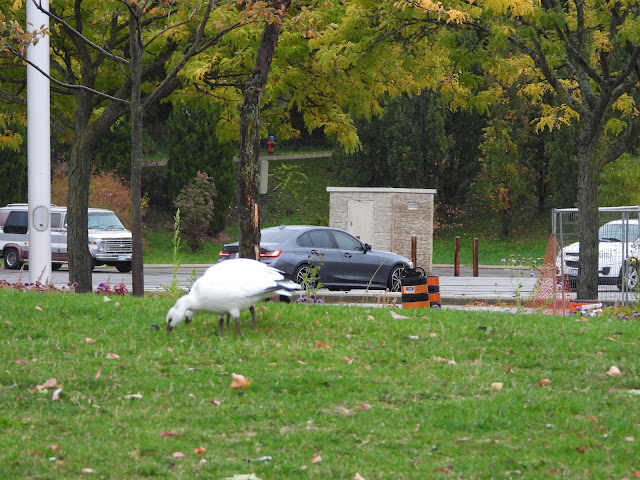 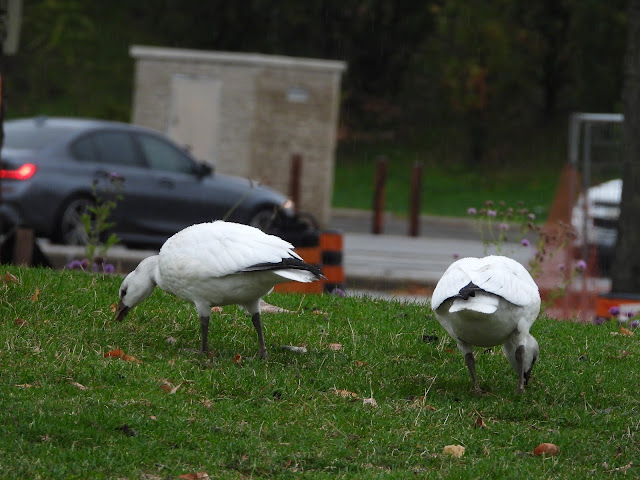 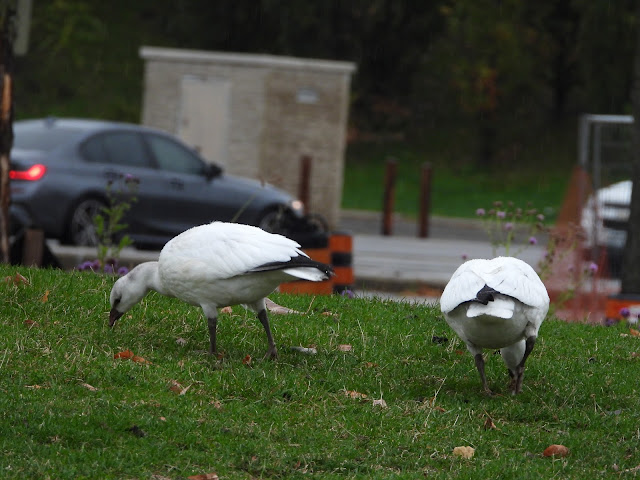 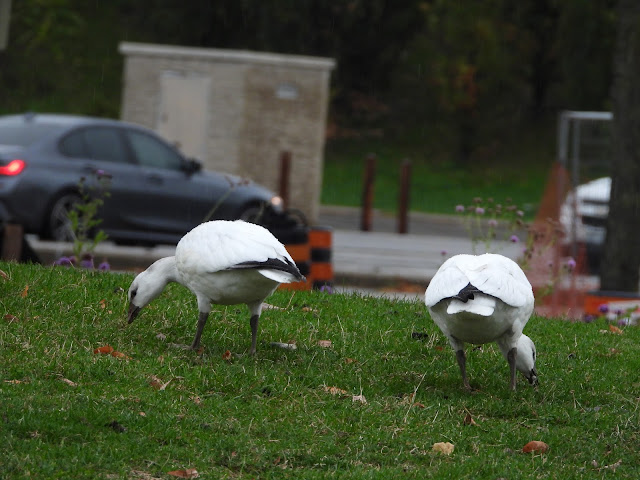 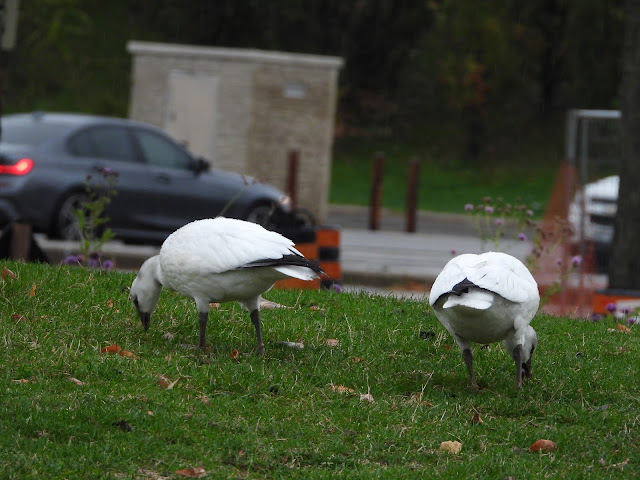 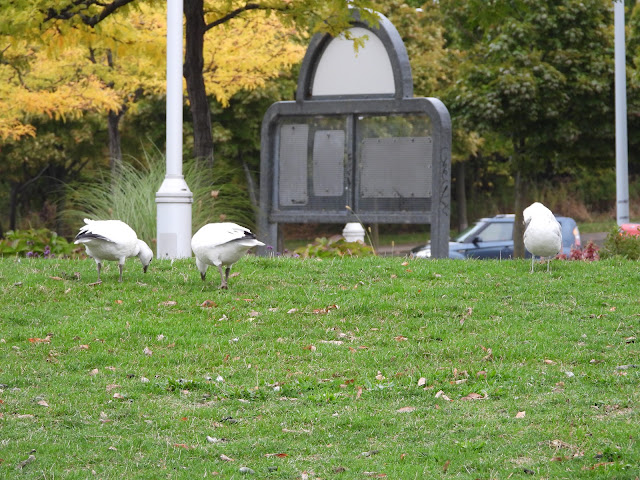 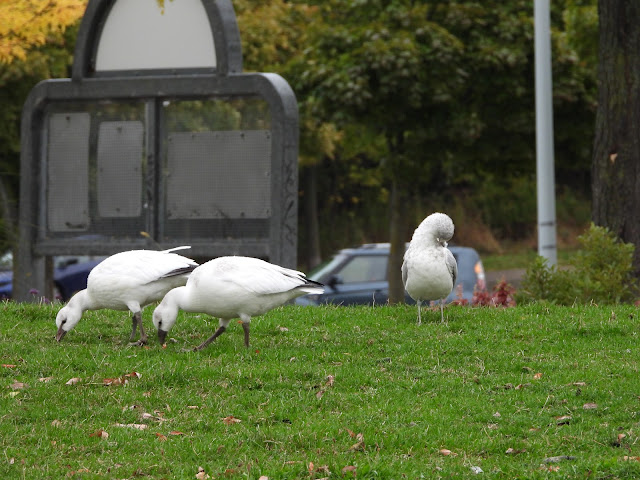 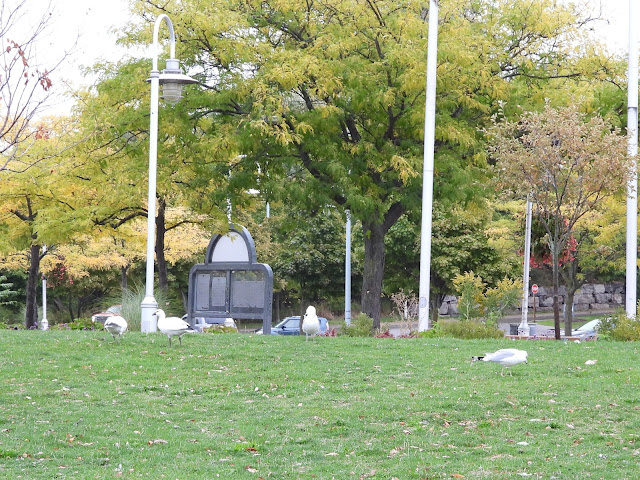 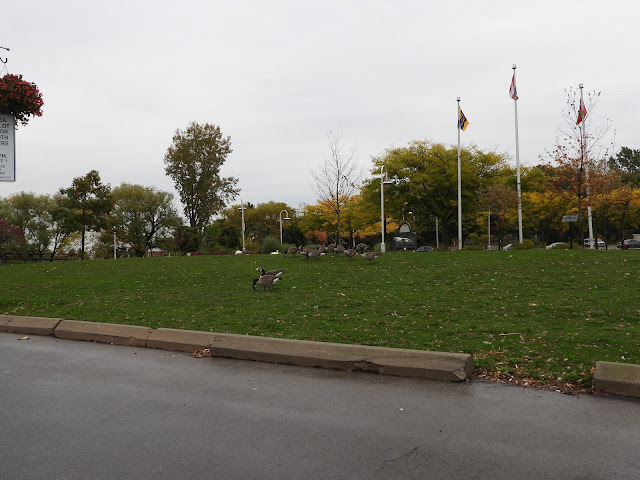 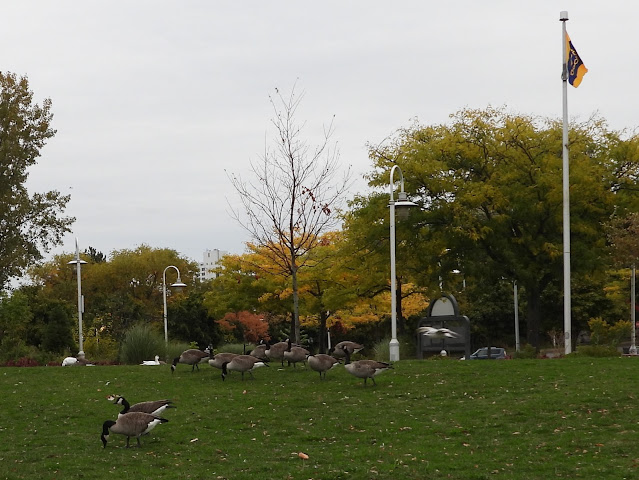