At the beginning of the nesting cycle., adult herons and egrets get much brighter bill and lore colors.  These very bright courtship colors only last for a few days.  Also, in some egret and heron species the legs and feet  become brighter.
The first three photos show a Cattle Egret  in breeding plumage whose bill, lores and eyes have become bright red.  Contrast this with the Cattle Egrets in the last two photos.  These egrets are in breeding plumage, but are only starting to get these bright red colors.  The egret in the fourth photo is much more advanced in developing its courtship colors than the egret in the last photo. 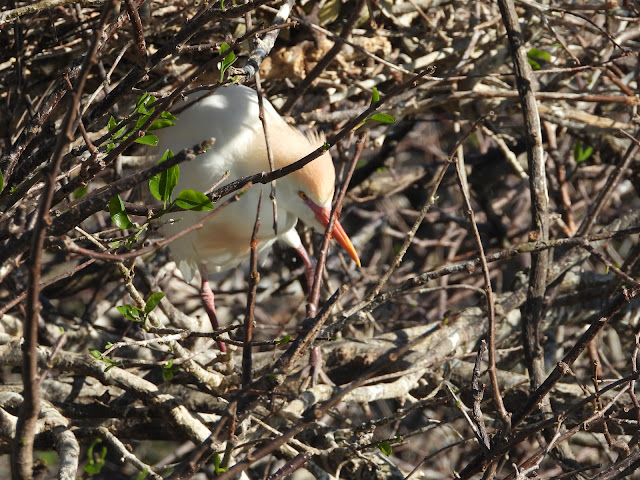 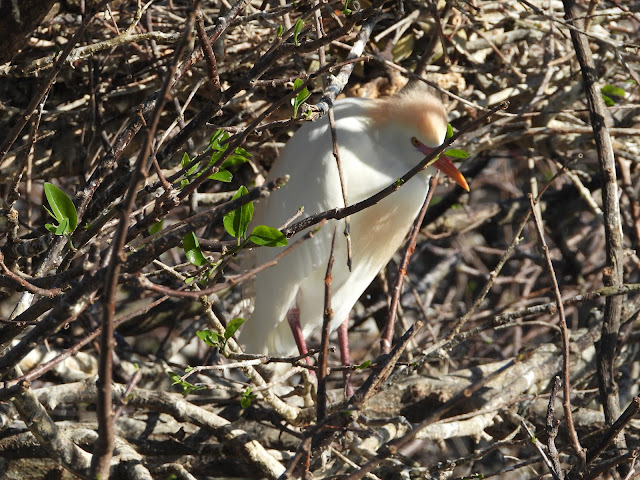 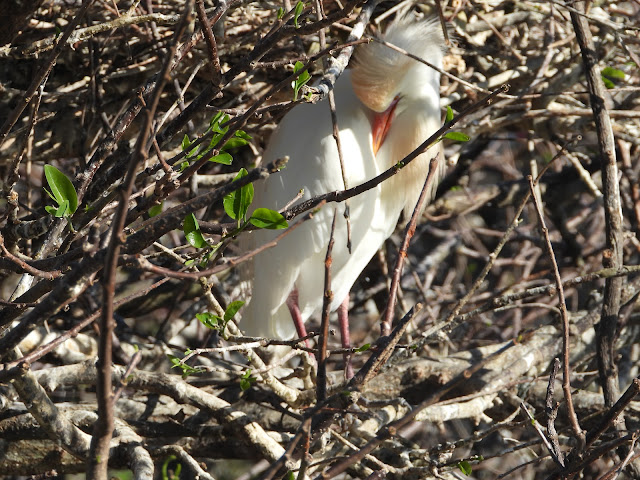 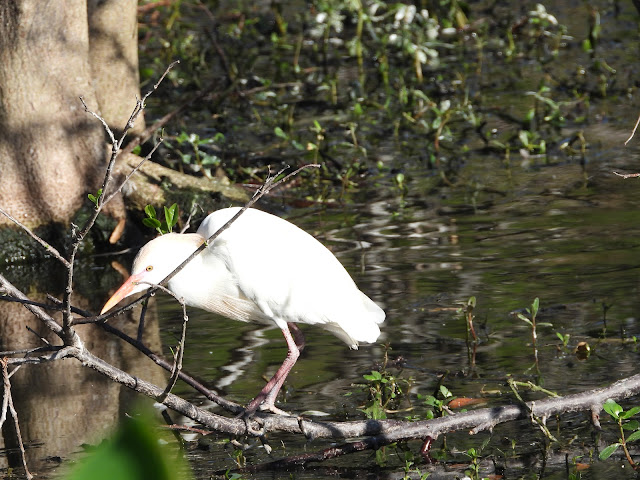 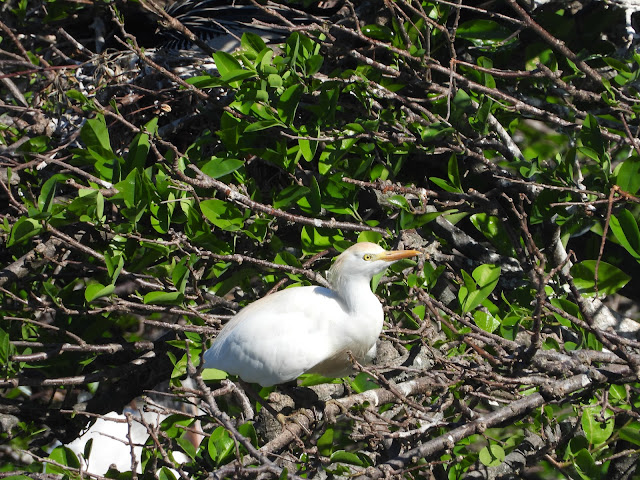