We would like to thank Peter Sproule for birding with us today and showing us some great hotspots in the Burlington-Hamilton area.  He knew where to go to see Virginia Rails up close (Kerncliff Park) and to see a pair of Peregrine Falcons (drawbridge spanning Burlinton canal).  As an added bonus we saw Virginia Rail chicks (photos below) at Kerncliff Park.  If you look at the last photo you can see there are four chicks: the three in front and a small part of a fourth one behind them.
These chicks are probably less than a week old.   The chicks are feed by the parents for two to three weeks, when the chicks become independent.  The young can fly in less than a month.  We did see both parents of these chicks - you can see one of them in the next post. 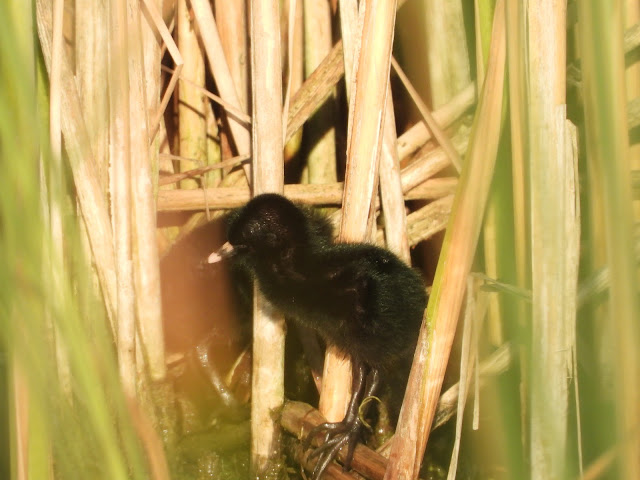 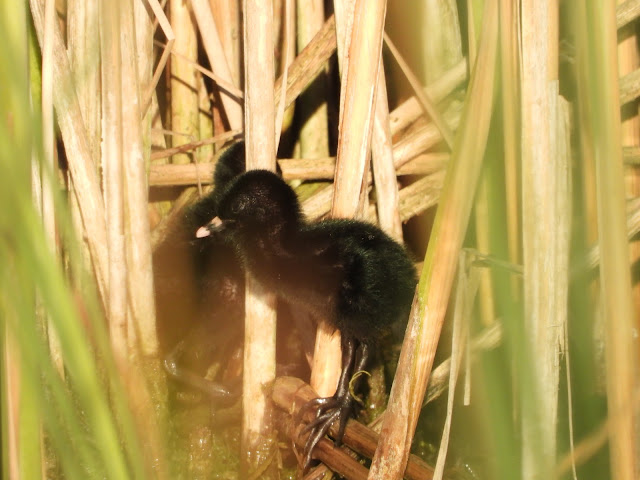 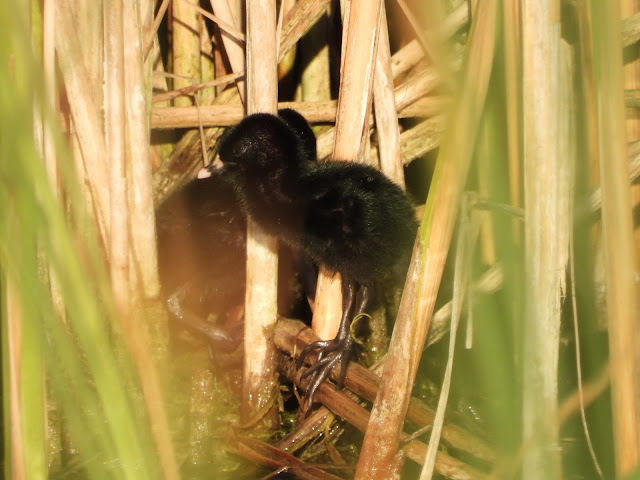 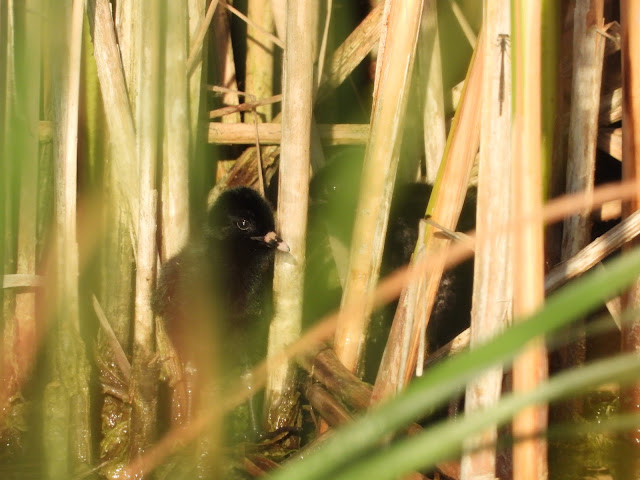 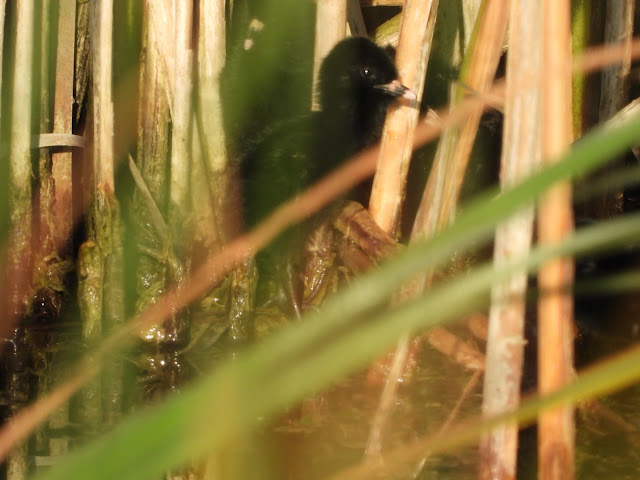 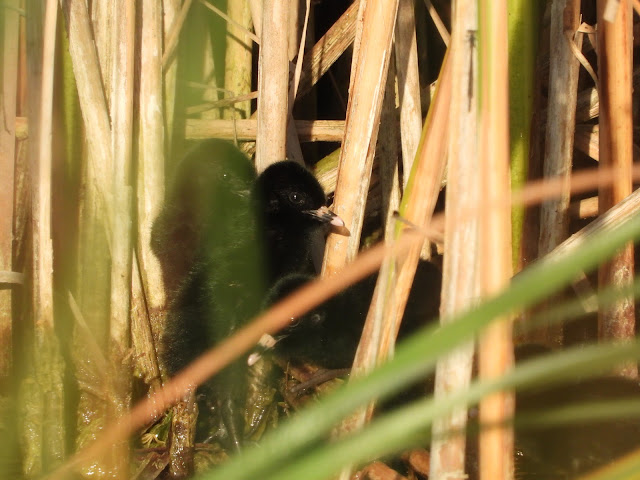 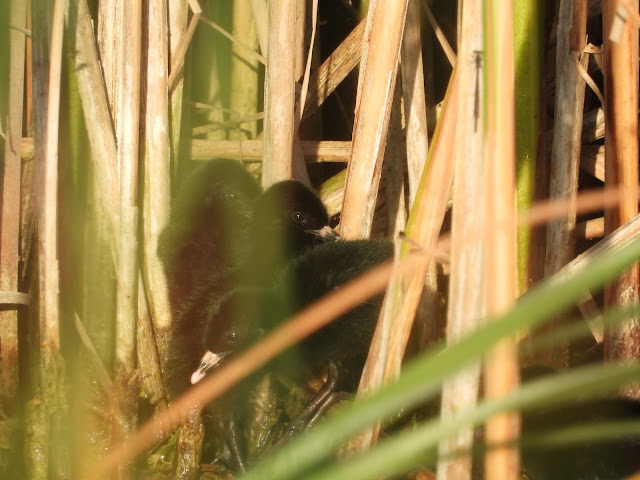 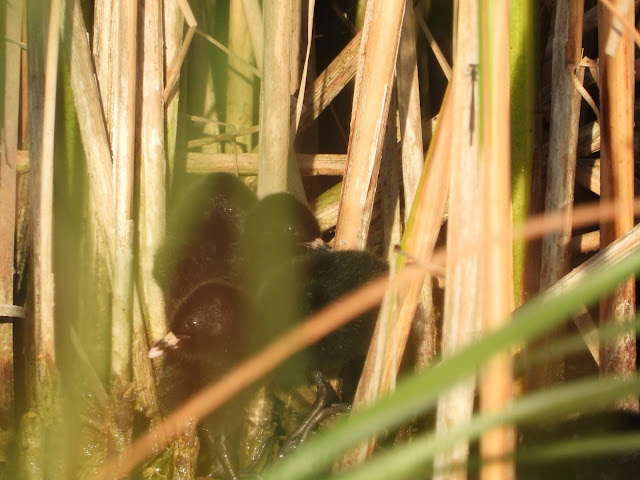 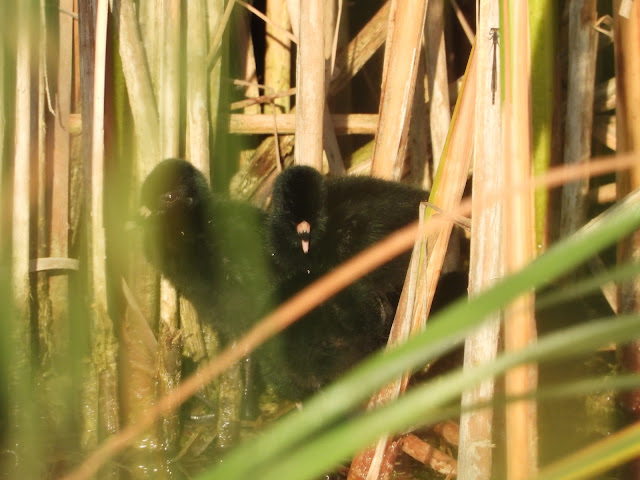 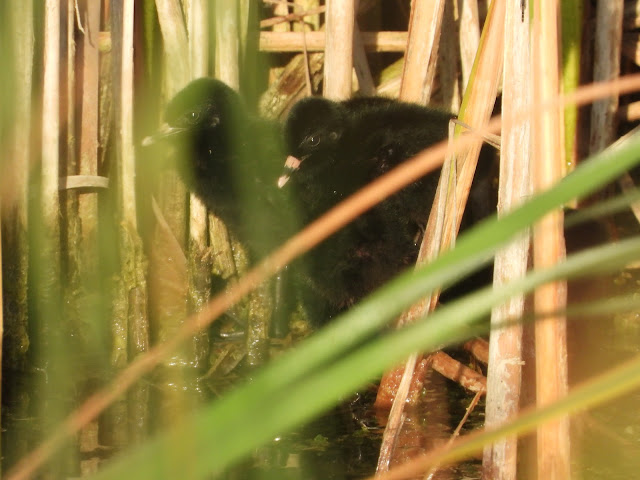 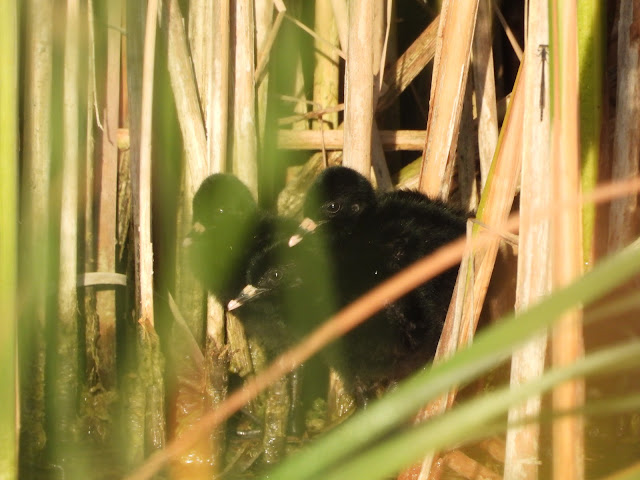 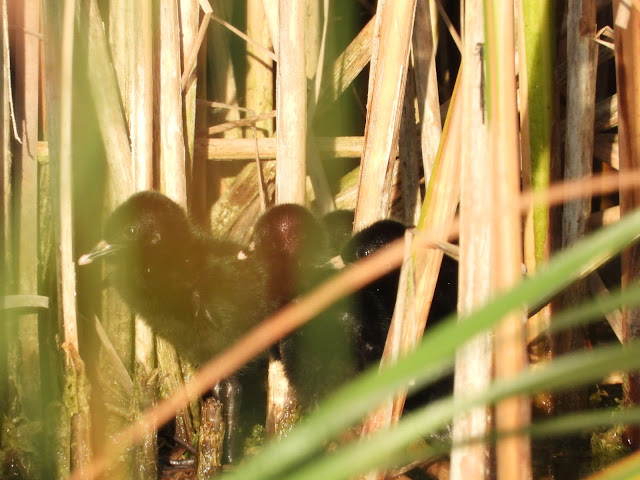