We can ID this bird as an Alder Flycatcher as follows:
The Alder and Willow Flycatchers at one time were considered subspecies of the same species.  They were formally split into two species in 1973.  Even though they look nearly identical, they do not respond when they hear each other's songs.

The Alder Flycatcher is a new species to our Photographic Life List, which now stands at 984. 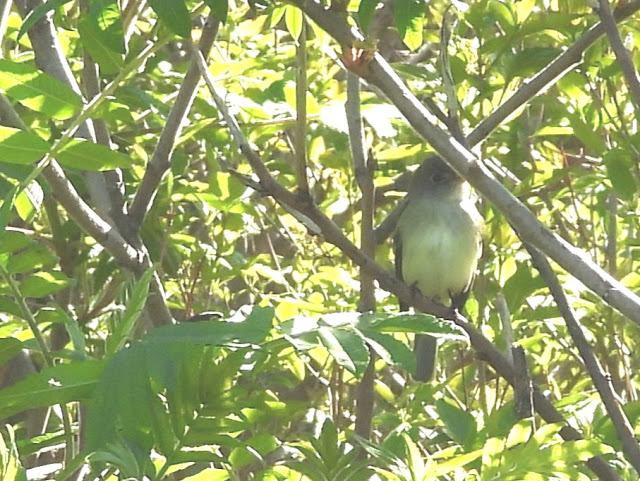