It is unusual to see an Osprey in the water like this (first four photos).  Not sure what it was doing - possibly bathing or foraging for fish.  It stayed in the water for awhile and then it flew away (next seven photos).  This Osprey was in the lake west of the entrance to Lely Resort.  In a couple of these photos you can see Little Blue Heron foraging.
About 15 minutes later on the way back to the car, I sighted an Osprey in the in the water in the lake east of the entrance (last two photos).  Don't know if it was the same Osprey or another one (maybe its mate).  It was in the company of a Ring-billed Gull. 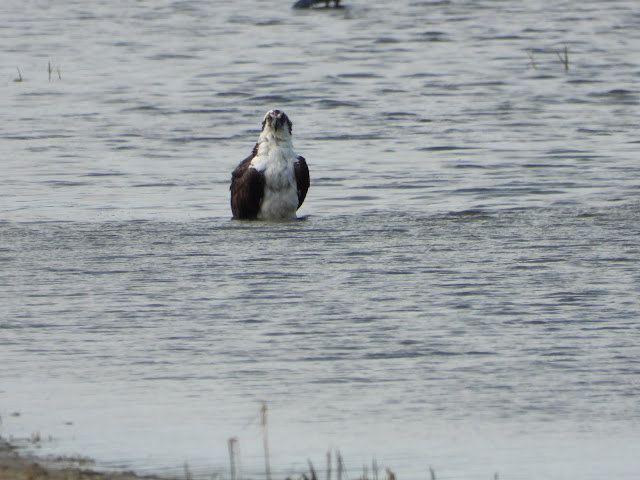 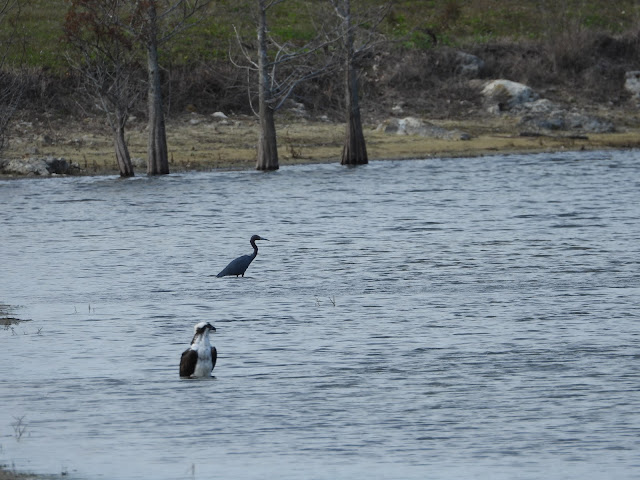 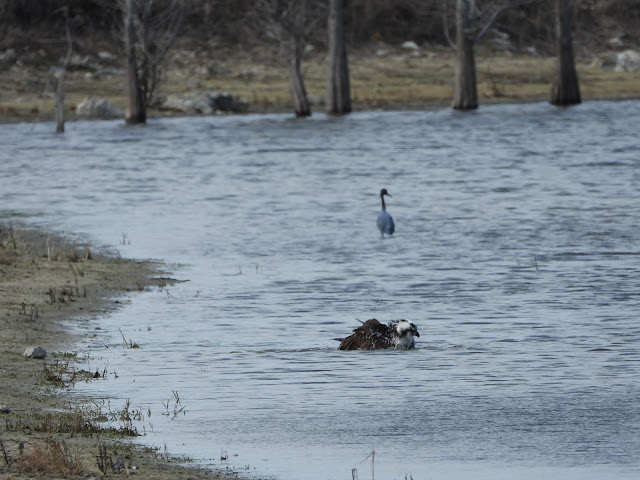 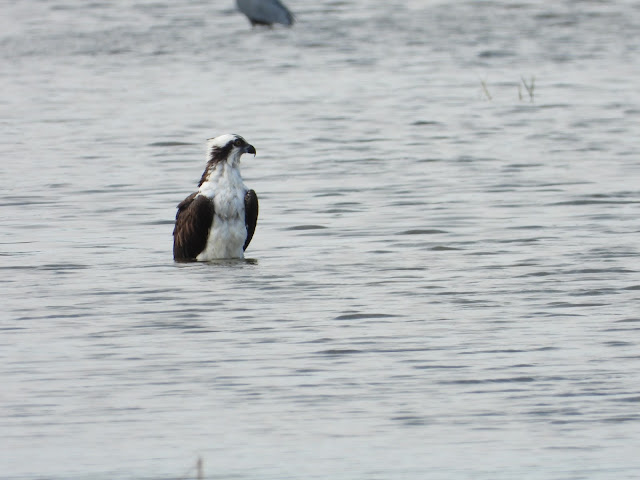 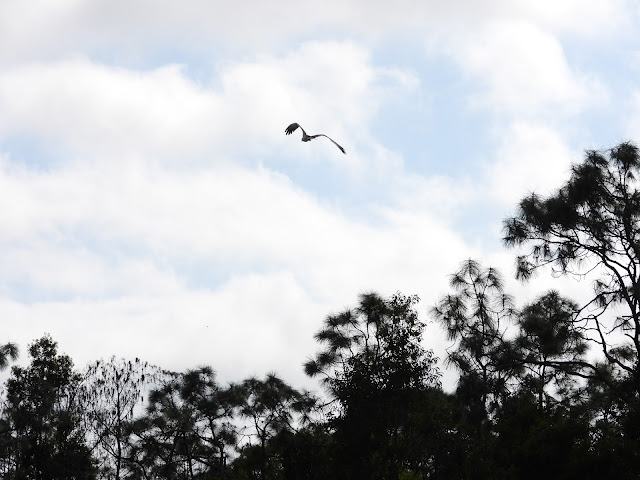 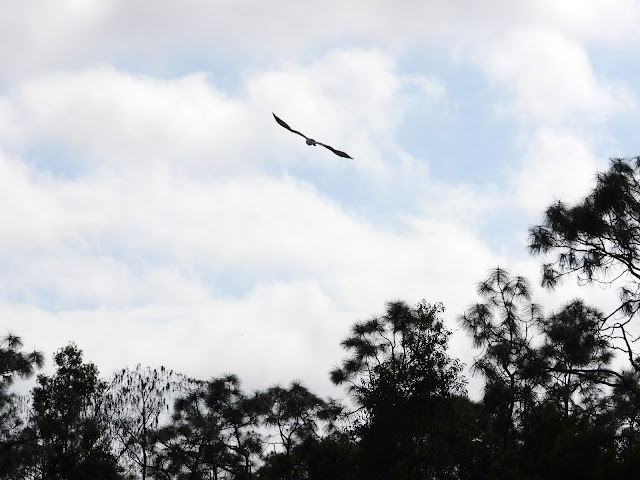 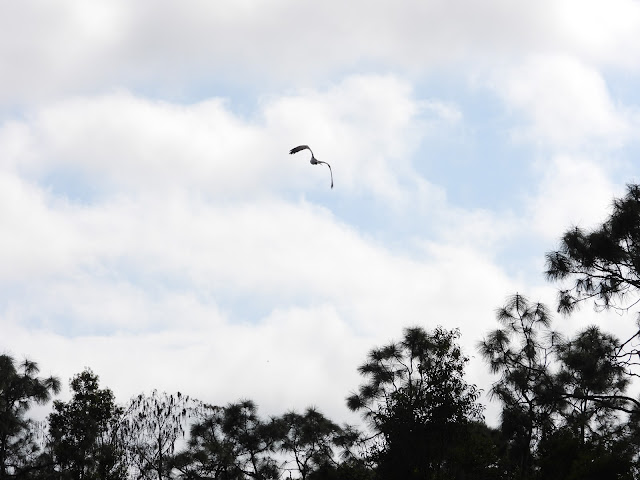 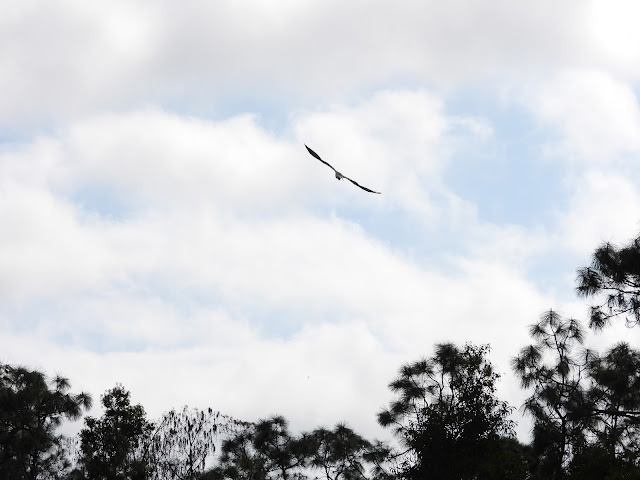 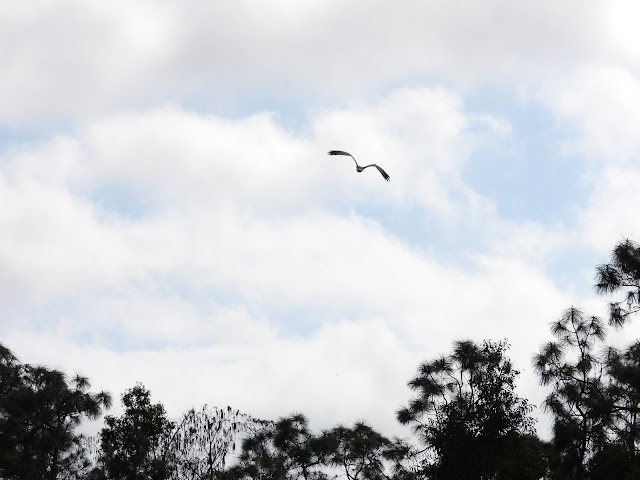 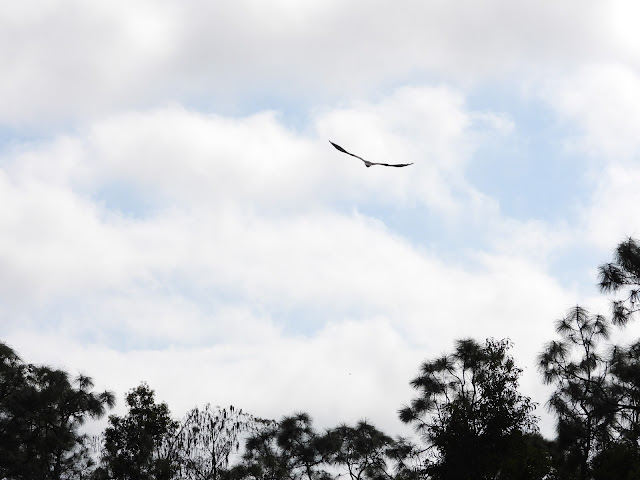 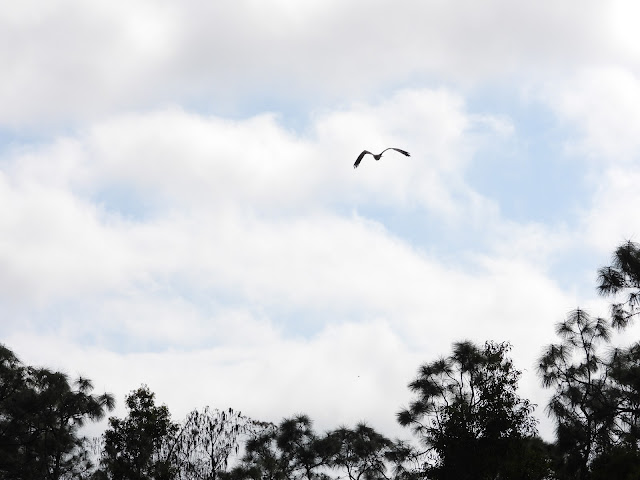 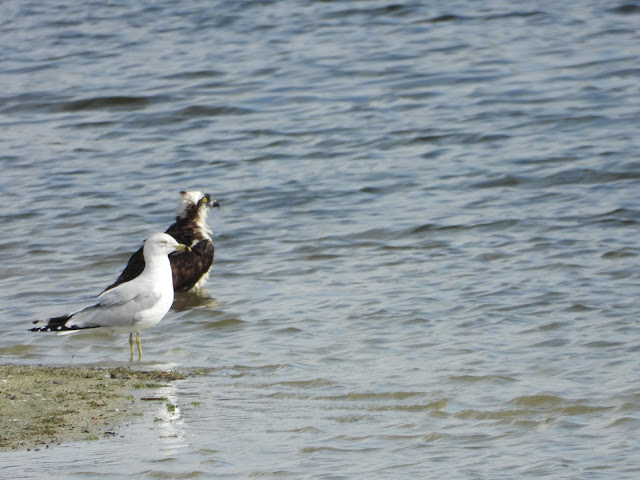 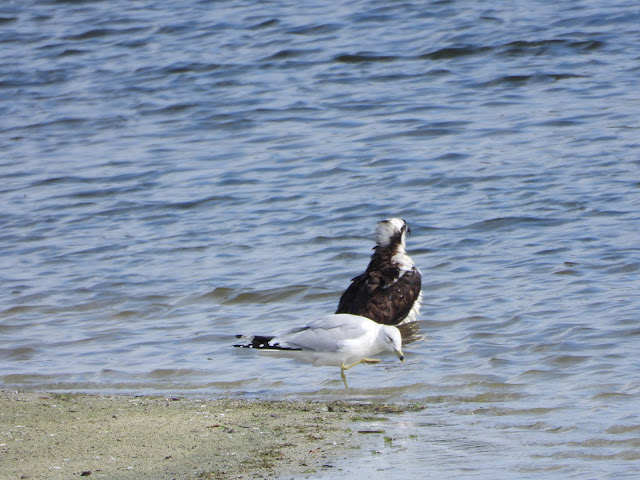